Numerous companies are introducing virtual reality cameras, filling a void that existed a year ago when VR productions were limited to the low-resolution Ricoh camera or custom rigs with multiple GoPro cameras. Among those manufacturers now offering 360-degree cameras are Samsung and LG aiming at the consumer marketplace, and Nokia, Jaunt and Lytro positioned towards the professional market. Kickstarter campaigns are also underway for additional cameras. The latest venture comes from CNET founder Halsey Minor, who is building an end-to-end immersive video system.

Recode reports that, “for the past 18 months, Minor has been building Live Planet, a VR capture system promising the moon and the stars to the professional crowd for a fraction of the cost of Nokia’s OZO or the forthcoming device from Lytro.” 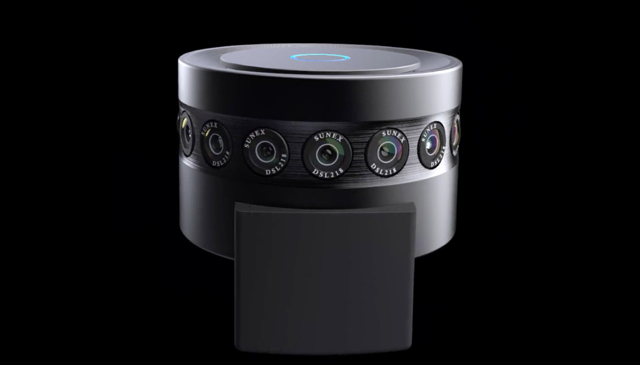 Minor’s company, Reality Lab Networks, plans to offer a camera that outputs two 4K-quality spheres, does not require servers for stitching and rendering and can “be sent to all manner of virtual reality headsets.” The company is selling the first 500 systems for $5,000, after which the price goes to $10,000.

According to Minor, “most of the heavy computing work” is being done on the camera, rather than being compressed and sent to a server. “I think we are going to make the VR industry real,” he said. In addition to the on-board server, Live Planet will also offer a cloud server to prep content on the camera for YouTube VR, Facebook VR and Samsung VR, “as well as for dedicated headsets like Facebook’s Oculus Rift or HTC’s Vive.”

In high-resolution, content is shown “with a modest delay while using a lower-resolution stream the content appears even faster, albeit with an initial fuzziness when one turns to a different part of the action.”

“Nobody has ever seen themselves in livestreaming VR,” says Minor, adding that “today only NextVR offers such a service, and it does it using a very expensive proprietary camera system.” NextVR, which inked a multi-year deal with Live Nation, uses its technology to broadcast live NBA games, soccer matches and concerts.

“So much of the stuff, nobody is paying for it except for investors,” explains Minor, who calls it “expensive experiments.” “It’s unsustainable to just spend huge amounts testing. At some point [you have to] build not just a company but a business model.”

Minor’s camera and cloud service is set to launch in Q4 2016. Minor originally described his technology as capable of building a virtual reality network, but now says he wants “to enable thousands of content creators to get into virtual reality production,” claiming that “within 15 minutes a content maker can be up and running with the camera rig, registered with Live Planet’s service and livestreaming their 360-degree content.”