At SXSW in Austin, Google and Levi’s debuted the Commuter, a $350 “smart” jean jacket targeting those who bicycle to work. The Commuter also signals a potential direction for wearables; unlike clunky wristbands and watches, the denim jacket gets its smarts from technology woven into the cloth’s fibers. The joint project enables bicycle commuters to tap or swipe the jacket’s sleeves to make phone calls, get directions and check the time through headphones. The jacket will be available for sale in the fall.

The Washington Post reveals that the jacket’s smart washable fibers are “powered by a sort of smart cufflink [which has a two-day battery life] that you’ll have to remove when you wash the jacket.” 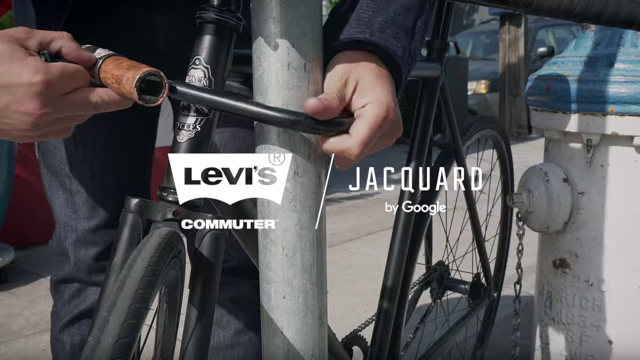 “I think that the commuter jacket from Levi’s is really perfect because it’s focused on a single consumer audience,” said WGSN retail editor Sidney Morgan-Petro. “It has the cyclist in mind and is targeting what their needs are.” She adds that the jacket also stands out for attempting to solve real problems rather than tout technology for its own sake, “a type of wearable for a more everyday consumer who may not be that interested in the tech, but likes the practical features that come with a stylish jacket.”

Juniper Research predicts that wearables will be a $19 billion industry by 2018, despite a softening market for the category in recent months. Fitbit, for example, which went public in 2015, cut jobs in January after missing earnings expectations. One possibility on why the wearables market suffered this dip, says The Washington Post, is that “the market for uber-techy wearables that try to put a smartwatch on your wrist is pretty saturated.”

That’s where the Commuter jacket fits in. “Where smartwatches were once expected to take the lead, basic wearables now reign supreme,” said IDC senior research analyst Jitesh Ubrani. “From a design perspective, many devices are focusing on fashion first while allowing the technology to blend in with the background.”

The Google/Levi’s partnership is only one such effort pairing technology and fashion industry companies. Tommy Hilfiger, Ralph Lauren and Under Armour have released smart activewear, and other designers have teamed up with Apple and Fitbit. “The retail opportunity is huge,” said Morgan-Petro. “We’re basically seeing clothes as the future of wearables.”