The Google Cultural Institute, a free website that displays collections of more than 800 art museums and historical archives, just went online with a collection of new 360-degree videos exploring the performing arts, with partners that include the Paris Opera Ballet, the Royal Shakespeare Company and Carnegie Hall, among others. The performing arts groups see it as a good way to introduce their offerings to a broader audience that might never think of actually visiting one of these venues for an event.

According to The New York Times, the new initiative with performing arts groups came about when Amit Sood, director of the Google Cultural Institute, had a conversation with Clive Gillinson, executive and artistic director of the Carnegie, asking for the inclusion of performing arts. Carnegie chief digital officer Christopher Amos says that part of the resulting exhibition will be embedded on its own website. 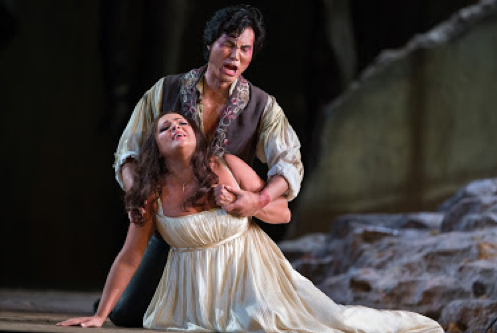 From his work with visual arts, Sood has learned what works. “The hook, for most people, seems to be the zoom and the virtual tour,” he says. “But what surprised me is that when they get exposed to an exhibition, you’d be surprised to know that people actually spend time there, reading it.”

To provide those hooks, Google uses an ultra-powerful zoom and a version of Street View for virtual tours. The same tools are being used in some of the performing arts exhibitions. For example, a high-resolution zoom enables viewers to see details of the Stern Auditorium’s ornate ceiling.

In addition to those listed above, groups participating in the new exhibition include the American Ballet Theater, American Museum of Magic, Brooklyn Academy of Music, Country Music Hall of Fame, John F. Kennedy Center for the Performing Arts, Metropolitan Opera, Rome Opera and Berlin Philharmonic.