New Features, Deals Could Turn Things Around for Apple Pay

Apple Pay is experiencing a rocky road to adoption. On Black Friday, it was used for about half the number of purchases as last year. On the plus side, Apple has added to the list of vendors allowing consumers to use Apple Pay, but the company is also entering the world of friend-to-friend payments, which are expensive to operate and hard to monetize. What could tip the balance is the deal Apple inked with China UnionPay to be used at Chinese cash registers. But only time will tell. 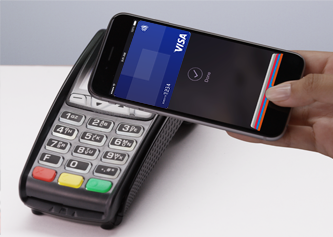 According to Bloomberg, tracking site InfoScout reported that Apple Pay was used in 2.7 percent of Black Friday purchases, compared with 4.9 percent on the same day last year. Quartz notes that Apple Pay, which launched in late October 2014, immediately ran into resistance from consumers worried about its security and retailers wary about supporting it.

But InfoScout didn’t account for in-app purchases made through Apple Pay, notes Quartz, which could still account for more usage in the holiday season, “but it looks like consumers are still much more comfortable pulling out their credit cards than waving their iPhones.”

Apple’s decision to enter the business of allowing users to send cash to friends via an app may also be hard to monetize. To be competitive, Apple will have to make the service free to use with debit cards, although setting up and validating an account will cost the company $.50 to $3.00 per account and at least $.25 per transaction.

IDC analyst Will Stofega declares himself “puzzled at how you monetize it.” But Richard Crone of Crone Consulting points out that it could double usage of Apple Pay in a short time frame. “It’s a viral application,” he says.

Even more promising, Apple has “reached a preliminary agreement” with China UnionPay, that country’s largest payment and clearing network, to introduce Apple Pay at cash registers. If iPhone users start connecting Apple Pay to their bank accounts, says Crone, “in three to five years, it could take 20 percent of credit transactions.”