On WesterosCraft, a “Minecraft” server on which “Game of Thrones” fans have recreated the continent that author George R. R. Martin’s novels describe, there is enough scope and detail to fill almost the entire landscape of Los Angeles. Fans have created a virtual land that is 59,000 blocks by 22,000 blocks, or over 500 square miles relative to the characters. But size isn’t the goal, according to the project’s co-creator.

“We are a server dedicated to recreating the fantasy world of Westeros,” explains the WesterosCraft FAQ page. “Westeros is a fictional world from the book series ‘A Song of Ice and Fire,’ which was adapted into a TV show by HBO and called ‘Game of Thrones.’ Right now the point is to build the world itself. After Westeros is complete, we will be using it in a PvP/RP game mode.” 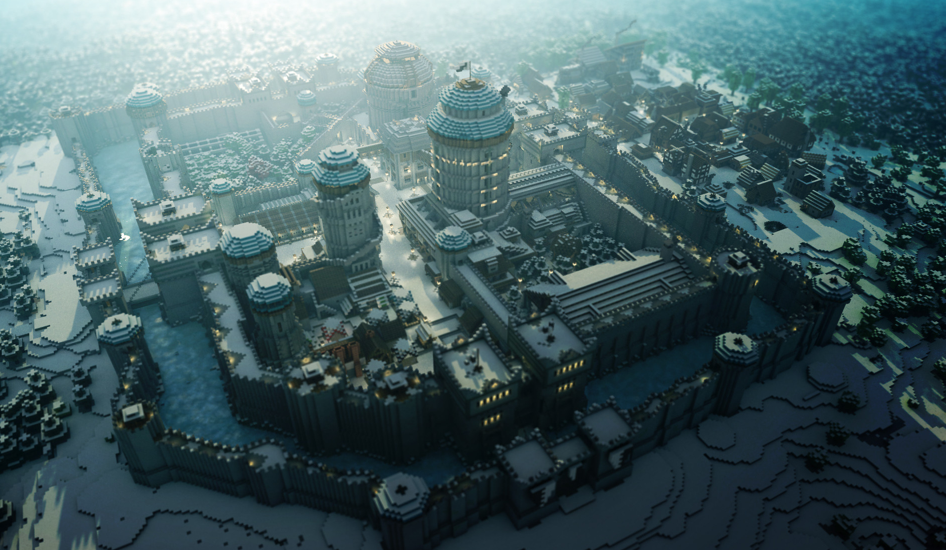 Created by Will Blew and Jacob Granberry in 2011, WesterosCraft has since grown to an international community of hundreds of active builders, writes Wired. And thousands more participate via Internet forums.

And these people are very dedicated to the project. “Granberry estimates that he now spends 20 to 30 hours per week on the project in addition to his day job; thanks to making headlines on sites like Reddit, Kotaku and Wired… the popularity of WesterosCraft has grown over the past several months, straining both the server and its co-creators,” writes the article.

“It’s become more and more of a part-time job than a hobby,” said Granberry.

The project, and specifically its King’s Landing portion, is “a marvel of pixelated urban sprawl that comprises over 3,000 buildings, along with the Red Keep, the Sept of Baelor, the tournament grounds, the dock leading to the infamous Blackwater Bay, the merchant-specific streets of Steel, Silk and Flour, and yes, even a vast and traversable sewer system running through tunnels beneath the city. It is easy to get lost in it; it is difficult not to,” continues Wired.

King’s Landing itself took over four months to build. The detail and time spent on the project is mind-blowing, whether it’s individual work or progress being made collaboratively. “While individual builders can propose and execute smaller projects on their own, large structures are constructed through group builds, a sort of modern-day barn raising where between 50 and 90 different people collaboratively create massive, intricate castles and sprawling cities block by block,” explains the article.

And to become a builder, people must apply via a strict process including multiple testings to ensure skills and attention to detail. These and many other details lead Wired to write of the project: “it’s difficult to decide what’s more impressive: the massiveness of its scope or the meticulousness of its minutiae.”

“People are really involved, which is awesome,” said Granberry. “A lot of our inspiration for the server is based off realism. Someone was looking at the farmland a few months ago, and said, ‘this isn’t what real medieval farms would look like.’ So they wrote up a whole guide to building realistic-looking medieval farms in ‘Minecraft.’”