Framestore and ad agency AMV BBDO started with a Hepburn double who shared the iconic actress’ features and characteristics. The double’s face was then scanned using the FACS to extract muscle movements and textures to build a CG Hepburn.

“Upon the completion of live shooting along the Amalfi Coast, the team returned to its in-house Capture Lab to further refine their actress’ face, smoothing out transitions and expressions for animation,” reports The Verge. 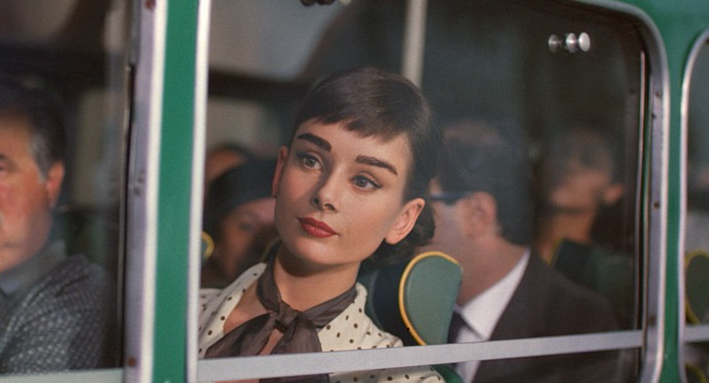 However, the result was not a precise Hepburn, but rather a template based on the double that created a new person with different nuances. So Framestore built a 3D model of the actress, “using footage from her film catalog as well as old images and documentaries,” explains the post.

“According to the company, Hepburn’s feline eyes and trademark smile proved most difficult to recreate, largely because they’re her most instantly recognizable features,” writes The Verge. “Although Framestore originally chose the double because of her eyes and planned constructing Hepburn’s face around them, the team soon realized that ‘full CG was the only way to get it right.'”

Four animators worked on Hepburn’s signature smile by hand-animating expressions in every shot, explains Framestore. “It is amazing how unique and how recognizable a person’s smile is,” notes Simon French, Framestore VFX supervisor. “When you see it in this detail, it really needs to look perfect.”

The end result is a realistic version of Hepburn sitting on a bus that is unexpectedly stopped while traveling across the Mediterranean coastline in the 1960s. When the handsome driver of a convertible catches Hepburn’s eye, she exits the bus and appoints the young man as her chauffeur.

Other companies such as Gap and J’adore have used Hepburn in their ads before, but the earlier attempts were not as impressive, suggests the post. You can judge for yourself; The Verge has embedded a video of the commercial.