Facebook Pulls the Plug on its Aquila Solar-Powered Aircraft

Facebook announced that it is grounding a solar-powered aircraft project it originally hoped would have used laser technology to help provide Internet access for underserved communities. In an effort to connect the nearly 4 billion people around the world who still do not have Internet access, the company has been working for several years from Bridgwater, UK on a high altitude platform station (HAPS) system called Aquila. Rather than continue to develop its own aircraft, however, Facebook has opted to partner with companies such as Airbus and close its facility in Bridgwater.

Advancements in the aerospace industry — including those involving high-altitude aircraft — have led Facebook to its decision regarding the development of its own aircraft. “Going forward,” notes Yael Maguire on the Facebook Code blog, “we’ll continue to work with partners like Airbus on HAPS connectivity generally, and on the other technologies needed to make this system work, like flight control computers and high-density batteries.” 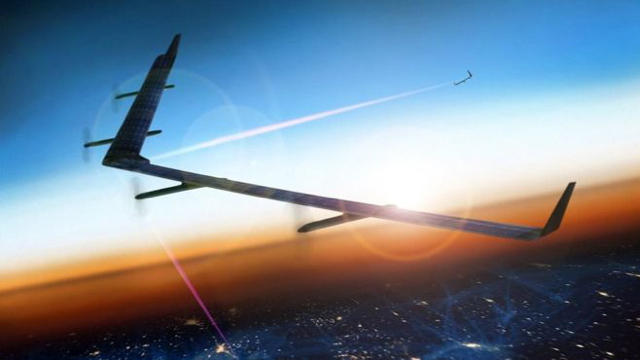 “On the policy front,” he adds, “we’ll be working on a proposal for 2019 World Radio Conference to get more spectrum for HAPS, and we’ll be actively participating in a number of aviation advisory boards and rule-making committees in the U.S. and internationally.”

The program was initiated in 2014 and announced to the public in 2015. Its first test flight in 2016 resulted “in a ‘structural failure,’ hard landing and subsequent NTSB investigation,” reports TechCrunch. “The second test flight was better, but far from perfect. The craft itself, an enormous flying V that stayed aloft at extremely low power draw replenished by solar cells, seems to have worked quite well, actually, despite a few hiccups.”

According to the BBC, the Project Aquila aircraft (which it describes as a drone) “had the wingspan of a Boeing 737 and weighed the same as a typical family car.” During tests, it “managed 90 minutes in the air.”

However, the BBC notes that “Facebook’s efforts paled in comparison to Project Loon, a similar idea using high-altitude balloons rather than drones.” The Project Loon balloons, developed by Alphabet, “have flown more than 15 million miles of tests … with the longest continuous flight lasting almost 190 days. In 2017, the balloons were used by residents of hurricane-ravaged Puerto Rico.”

This hasn’t slowed Facebook in its dream of connecting the world. “Facebook has already connected nearly 100 million people as a result of our efforts,” concludes Maguire. “And we are continuing to invest in developing next-generation technologies like Terragraph, working with partners on new infrastructure builds like our fiber project in Uganda, and supporting entrepreneurs in programs like Express Wi-Fi.”