FaceApp relies on neural networks to paste a smile on a person’s photo or change his gender or age. The iOS app doesn’t always work reliably; if the person’s face is large, has a beard or isn’t looking straight at the camera, for example, the results can be unconvincing. Switching genders can produce convincing results, but can only be accessed in “collage” mode, for a very small image. But FaceApp, similar to the Prisma app that uses artificial intelligence to make selfies look like famous paintings, proves that AI is making it easier to manipulate photographs.

The Verge reports that neural networks power FaceApp and Prisma, but turning FaceApp into mainstream usage would be a tricky act. Wireless Lab chief executive Yaroslav Goncharov, whose Russian company created FaceApp, says an Android version is already in alpha and that Wireless Lab trained the neural networks involved “from scratch.” 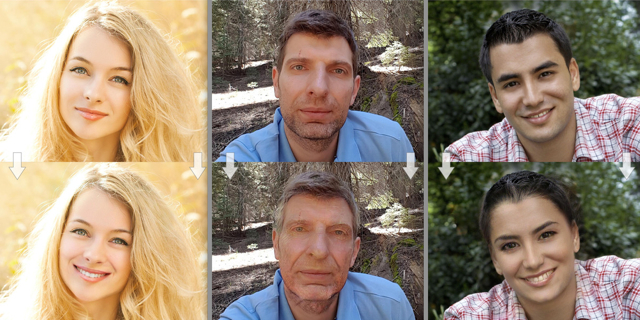 He adds that, “photos uploaded to the app are stored on the company’s servers to save bandwidth if several filters are applied, but get deleted not long after.” New filters, including photo effects like bokeh, will also be coming soon.

Digital Trends reports that FaceApp currently offers six filters: Smile, Hot, Young, Old, Male, and Female. “This isn’t some simple copy-and-paste Photoshop job. That said, it’s impossible to know things like what your smile actually looks like if you’re not smiling in the original photo. Therefore, in practice, the output may be loosely realistic, but it is far from real.”