The real-time series “@SummerBreak” is the biggest hit on social media that you probably never heard of. The fact that largely unknown shows draw massive viewer numbers is one of the key characteristics of what many are now calling digital native content. Digital influencers and online celebrities have spawned profitable media empires and some of them have parlayed that to play a role in more traditional media. Many, however, are happy to stay in their online universe where viewers are family and the paychecks are hefty. Digital native content was the subject of a CES panel this week.

Otter Media’s Billy Parks co-created and executive produced “@SummerBreak” when he was with The Chernin Group, and says that when he and Bloomberg Media global chief creative officer Teddy Lynn created it, they decided episodes should be a maximum of two-minutes long. 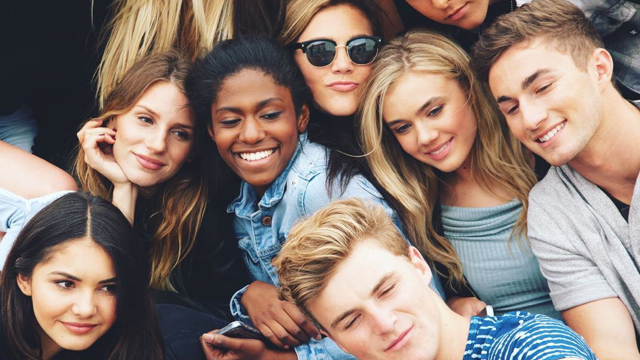 “That lasted a day,” he said. “The audience quickly told us they wanted more and longer, and we saw it in the data. We made five episodes that were longer and three that were almost as long as TV episodes.”

Such is the freedom of digital native content that has also proven to be a draw for numerous successful TV and film creatives, from directors to actors. They gravitate to digital native content for the chance to be free of notes and exclusivity. Kids at Play founder/executive producer Jason Berger reports that his company “plays heavily in the influencer space but also traditional actors who want to be in the digital space.” When Anthony Anderson wanted to do a cooking show, says Berger, he was able to sell a short form cooking show for AOL.

A joint NATPE/CTA study on short-form video, to be released at NATPE’s conference beginning on January 17, will spell out the details. But NATPE managing director/chief operating officer JP Bommel underlines the importance of short-form video for all content creators. “It’s a way to stay alive on and off the air,” he said. “A series has a season, and this is a tool for audience engagement year round.”

Parks notes that digital native content is “a tremendous opportunity for marketers.” “You can build shows in which brands can have an active role,” he said. “Not in the creative development, but to integrate the brand in the show in a way that doesn’t impact what’s great about the creative. And it gives those brands great analytics.”

Bommel says that the NATPE membership is learning that, “self-expression is the new entertainment — and entertainment is deeply participatory.” “You can’t boil down a 2-minute clip from a series,” he said. “You have to craft it to speak to your audience. It’s about creating very specific new content that targets specific goals.”

Parks adds that digital influencers create “a trusted source of content,” and points out a success story in production company and YouTube channel Rooster Teeth, which has “built a great subscription business from what was first a community and social relationship of influencers and content creators.” Lynn added that, “the best storytellers win.” “We’re only at the beginning of understanding the consumption needs of our audiences,” he concluded.