Lilliputian Systems introduced Nectar at its CES pre-show event, a solid-state fuel cell system that sets a new standard for portable power for mobile devices. Roughly twice as large as a smartphone, Nectar will recharge an iPhone 14 times on a roll of quarters-sized cartridge that can be brought with you on a plane. Intel is supplying the oxide-based chips that enable the technology.

“After inserting a pod, any USB 2.0 compatible CE device can have two weeks to a month of mobile power,” claims the Nectar site. “Unlike other back-up batteries or recharging devices, Nectar does not need to ever be plugged in to a wall outlet.” 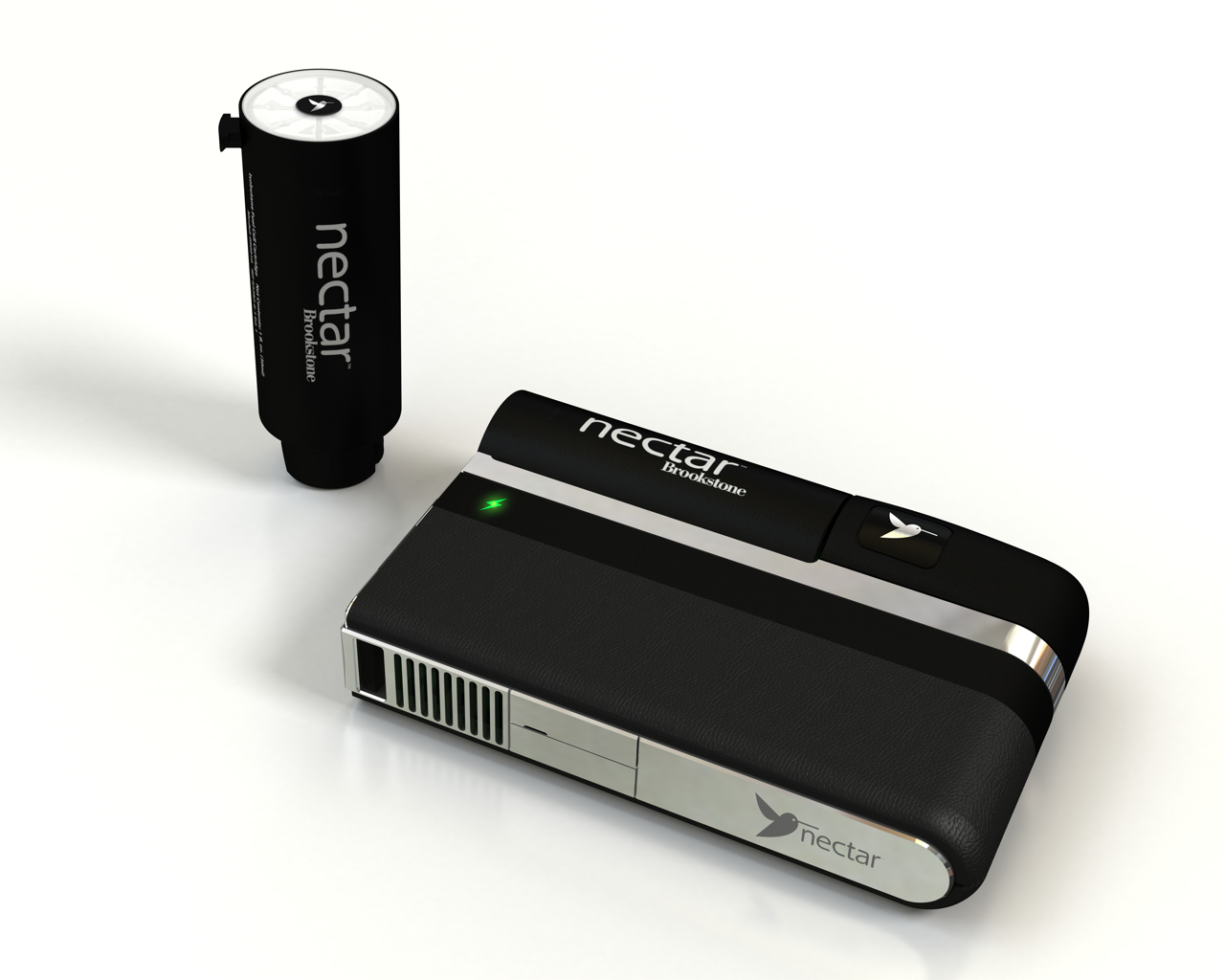 The Nectar Mobile Power System and its cartridges have been approved for carry-on and use aboard commercial aircraft by the UN International Civil Aviation Organization and U.S. Department of Transportation. Imagine traveling with one self-contained recharging source on an entire trip and leaving 110-volt transformers and cords behind.

“We are tremendously excited to introduce the revolutionary Nectar product, and are honored to win the CES Innovations Award,” said Lilliputian CEO Ken Lazarus. “Nectar is an absolute game changing portable power product. It is the only solution that really addresses the challenge of keeping today’s mobile devices powered — a problem that is getting increasingly worse in our always connected world.”

The product will be available by Summer 2013 from Brookstone, but expect professional versions aimed at other devices including cameras and computing devices in the future. The system can currently be pre-ordered for $299.99 (additional pods cost $9.99).

For the traveling professional it amounts to a level of confidence of continuous communication that cannot be achieved with any other method. Keep this on your radar (or gift list). And if you’re in the South Hall this week, check it out at booth #36037.