Hollywood director Randal Kleiser (“The Blue Lagoon,” “Grease”) just debuted “Defrost,” a four-minute narrative virtual reality film that he hopes is the first in a series of VR films. That’s exactly what the 50 cablecasters that comprise the membership of CableLabs hope for. The industry’s non-profit R&D facility, CableLabs has been studying VR and suggests consumer excitement is strong, but that the lack of content could be a major stumbling block for cable companies interested in providing VR programming. 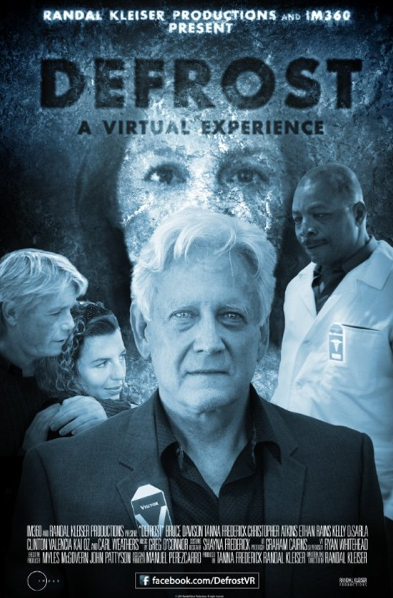 According to The Hollywood Reporter, “Defrost” was produced by IM360, a joint venture of VFX house Digital Domain and VR tech company Immersive Media, which also provided the 360-degree VR camera system.

“When people have these [headsets] I think they will download content,” said Kleiser to THR. “At the moment, it’s hard to watch for a long time, but in units of 4-5 minutes, it’s great.”

CableLabs president/chief executive Phil McKinney is concerned about the lack of content being an obstacle for his organization’s members, notes Variety. “The cable industry needs that content,” said McKinney, adding that VR is one of the organization’s top four initiatives and plans to create its own content to test on consumers.

The focus on VR is the result of “off the scale” consumer excitement about it, says McKinney. CableLabs even plans to take its field tests around the country, stating that “We need to make sure this plays in Iowa.”

But the lack of content isn’t the only obstacle to cable adoption of the new technology. The cost of VR headsets is another area of concern. The Oculus Rift will ship in early 2016, but the Facebook-owned company has kept the price under wraps, as have its competitors. McKinney says that, in CableLabs tests, a price of $249 and below was the sweet spot, with interest declining at $300 and above.

VR streaming, with its high frame rates and large picture sizes, also gobbles way more bandwidth than other content. Variety notes that, “McKinney stopped short of calling VR the killer app for Gigabit Internet, but said that it could definitely be one of the reasons for consumers to ask for Gigabit speeds.”