“The hub will only have a Wi-Fi and Zigbee radio inside, and devices that are supported by Icontrol’s software platform will be the only supported options at first,” reports GigaOM. “However, the company does plan to support devices that use Wi-Fi and cloud-based functionality in time. Those devices could include products like the Philips Hue lights or the Chamberlain MyQ garage door opener for example.” 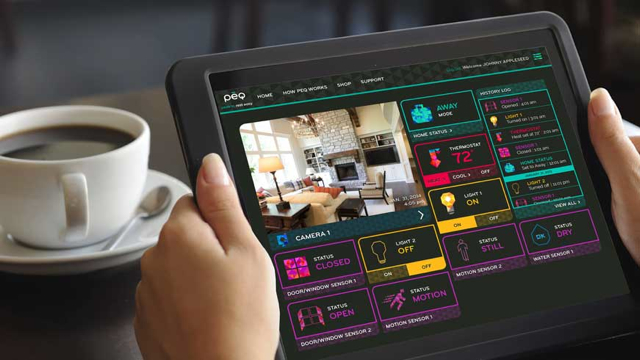 According to research from Parks Associates, nearly 4 percent of U.S. households will have a smart home controller by the end of this year, which is expected to increase to 6 percent next year. With a growing number of smart home hubs and connected elements being introduced regularly, the real value will likely be in becoming the platform that controls the devices.

“Today, that means a hub with good software, which so far is tough to find,” suggests GigaOM, while offering early praise to Staples Connect for its device support and usability, and SmartThings for its vision and openness.

“But in the future it may be less about a hub and more about a meshed network of devices. Google’s Nest developer program seems closer to this model. It’s possible Apple may take that route with HomeKit using the iPhone or iPad as the processing power.”

Time will tell if Peq will become a competitor in this space. For more information, check out the Peq site.

Related Story:
In the Battle for the Connected Home, Stakeholders Are Lining Up, The Wall Street Journal, 8/15/14