Bendable Displays Are Closer Than Ever to Hitting the Market

Samsung was one of the first companies to tempt consumers with the prototype of a bendable display at CES, but so far, Samsung and others have faced manufacturing challenges in bringing these displays to market. However, a California-based startup, Kateeva, has developed a new manufacturing process that it claims will save time, cut costs, and make bendable screens more durable. Another company, Canatu, has also developed technology to make bendable touch screens. 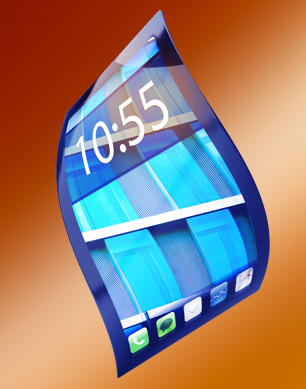 “Samsung reportedly ran into trouble with the material for sealing the display — the organic LEDs (OLEDs) used in the display must be protected from water vapor and oxygen,” reports MIT Technology Review.

Kateeva solves this problem with a fast inkjet printing process that can coat OLEDs in a protective layer. This time-saving technology, which can easily be integrated into existing production lines, will reportedly cut manufacturing costs in half.

Meanwhile, Canatu tackled another dilemma: making bendable touch screens. Usually, touch displays are manufactured with indium tin oxide, which would crack in a flexible display. Canatu uses a different conductive material it calls Carbon NanoBud. The Helsinki-based company makes a thin film of Carbon NanoBud networks that can be rolled into a cylinder with a millimeter radius. Canatu has already shipped its film to 30 customers to make prototypes.

The first bendable displays to hit the market probably won’t be rollable TVs and phones. Instead, electronics makers are taking a more conservative approach.

Professor Greg Raupp, the founder of Arizona State University’s Flexible Display Center, believes the first commercially available displays will be curved displays that can’t be bent, similar to Samsung’s curved phones. The next generation of flexible displays will be designed to limit how much they can be folded to prevent damage to the screen.