AMC released a free promotional VR app that lets fans experience turning into a zombie from “The Walking Dead” and other immersive content from the martial arts series “Into the Badlands.” The app also includes trailers of other AMC content and behind-the-scenes video. The new app is stoking fan enthusiasm for the season 8 premiere of “The Walking Dead” on October 22. The app will include a 360-degree bonus scene, available at the conclusion of the premiere episode, which is also the popular show’s 100th episode. 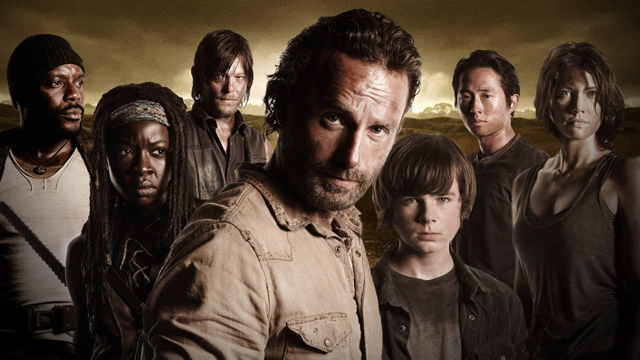 AMC’s previously released VR segments related to “The Walking Dead” were two parts of “Attack,” where the user is trapped in an abandoned car and, in the second, surrounded by zombies. The VR app offers “Devoured,” in which zombies “feast on your flesh,” and “Herd,” in which the user joins the zombie mob.

“VR is a new area, and for everyone it’s about getting into this medium, understanding and building our audience, and serving our fans the way they want to be served,” said AMC executive vice president of innovation Mac McKean. “This extends your experience of the show — so you can get into the world itself.”

The AMC VR app is available for iOS, Android, and the “Samsung/Oculus Gear VR and Google Daydream headsets.” Skybound Entertainment, home of “The Walking Dead” comics, also “has a pact with Skydance Interactive to develop multiple ‘Walking Dead’ VR games, with the first slated for release in 2018.”

This summer, AMC also debuted “a commercial-free streaming subscription tier, priced at $5 per month, currently available through Comcast.” McKean says it is “too early to talk” about whether VR content will “be bundled into that service down the line.”