“Zero Dark Thirty” cinematographer Greig Fraser used the ARRI Alexa with Codex Onboard recorders to shoot in nearly pitch black conditions. Fraser worked with Digilab, Codex and Panavision to help create a pipeline of reliable equipment to remote locations in India and Jordan. Digilab and Panavision helped develop lightweight backpacks to aid with the mobile nature of the shoot, while Codex established a reliable stream of equipment for the harsh conditions.

Producer Colin Wilson reached out to Codex in part because of their successful work shooting in remote locations of Central America and Africa. 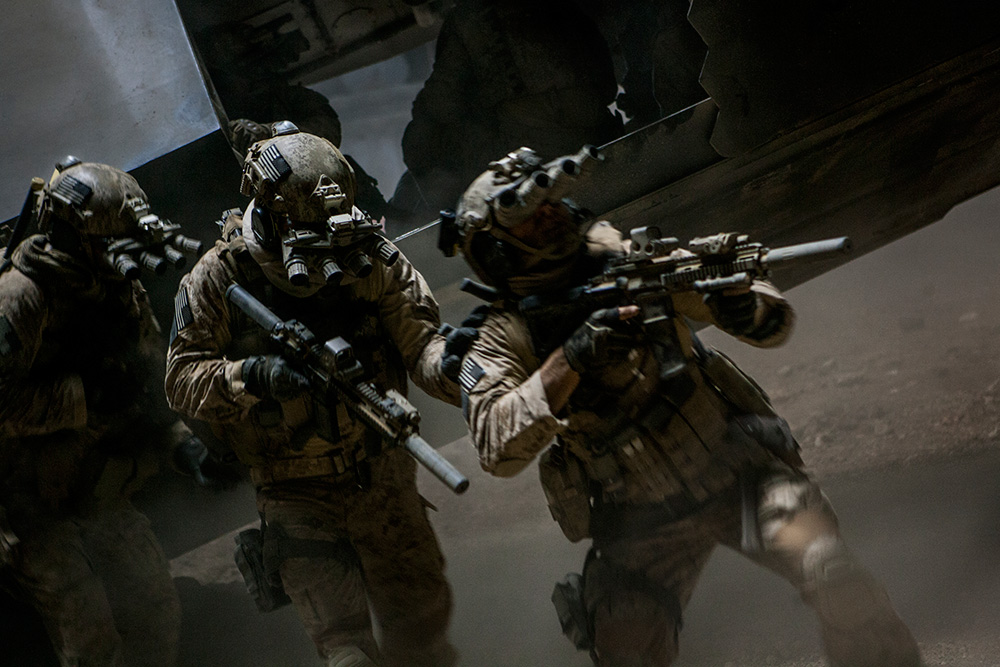 “What we were attempting to do is make an efficient and cost effective pipeline that would allow someone to shoot a high amount of content on a daily basis and make sure it was safe and archived in a timely fashion,” explains James Eggleton, Digilab digital supervisor.

“Any data workflow is all about planning and being organized and efficient,” he says. “Because of the nature of the shooting, it was important to have material QCed for focus and to identify any problems.”

Codex President Marc Dando stressed the importance of Dolby PRM4200 reference monitors and having two Codex Digital Labs on location. The reference monitor has a complete P3 color gamut and does not get out of synch, even after being shipped. Having two digital labs on location allowed for a backup plan if one were to malfunction or fail.

Wilson praised Digilab and Codex for their ability to create a successful partnership. “Digilab put together a no nonsense workflow and thought of everything,” he said. “It’s great to have a team who will work with the camera crew to solve problems. They were very flexible and able to adjust to changes with ease.”

“Manufacturers have traditionally struggled to stay abreast of customer needs by rolling out new features and versions,” notes the article. “Sometimes clients can’t wait, when their need requires a customized solution. The ability to deliver that for a single production not only spells progress of the product itself, but opens up doors for how future directors and producers can plan production pipelines.”