Indie films are selling impressively well, and for high prices, at this year’s Sundance Festival in Park City, Utah. According to Variety, there were five seven-figure deals “that came with the promise of a healthy run on big screens.” The reason, says former ICM international and indie film topper Hal Sadoff, is that “indies are rising to fill the niche the studios have all but abandoned.”

“It is a very interesting time for the independent film industry, demonstrating what we’ve been talking about for years, which is that the studios are focusing on big-budget, tentpole films and not interested in producing and financing low to moderately budgeted projects,” he said.

“However, if the studios have the opportunity to acquire a film at a festival that has a recognizable cast and they believe has the potential to reach a broad audience, it is worth it to them because they probably would not have been able to make the film at that price point and they don’t have to take on production risk,” Sadoff added. 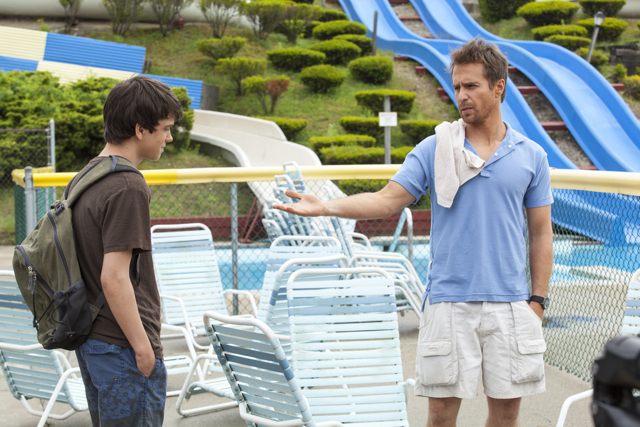 The highlight of the indie deals was Fox Searchlight’s “The Way, Way Back” (with Sam Rockwell, above), which was acquired Tuesday after it “enjoyed a roof-raising premiere and ovation the night before at the Eccles Theater,” writes Variety. The deal “came with a $10 million minimum guarantee that includes hefty theatrical and P&A commitments. Pic was said to have had at least seven offers at one point, and deal could wind up rivaling that of ‘Little Miss Sunshine’ as one of the biggest in Sundance history.”

“Both ‘Don Jon’s Addiction’ (Relativity) and ‘Austenland’ (Sony) got upfront money in the $4 million dollar range; the Weinstein Co. picked up ‘Fruitvale’ for a reported $2.5 million; and upstart A24 made its Sundance debut count with a roughly $1.5 million purchase of crowdpleaser ‘The Spectacular Now.’ Things are so robust that major agencies already anticipate selling out completely, and small-to-midsize distribs are being priced out.”