While automobile manufacturers are increasingly integrating new infotainment and connected technologies to vehicles, younger buyers remain more concerned with economics than the latest tech advancements. The majority of this target market often cannot afford to spend extra money for new features. The most important factors in choosing a car for young buyers tends to be fuel economy and price. Many young buyers are purchasing used cars, rather than new models with updated technology. 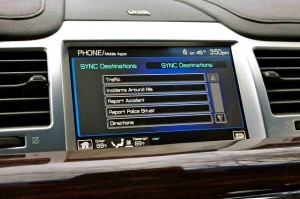 “Since 2009, the percentage of new cars registered to buyers age 18 to 34 has remained flat, hovering between 10 percent and 13 percent, according to an IHS Automotive analysis of Polk data,” reports The New York Times. “And in a recent survey of buyers born between 1977 and 1994 conducted by the global consulting firm Deloitte, four out of five respondents said cost was the main barrier to owning or leasing a vehicle, even though they were attracted by the new features.”

Regardless, car makers are eager to attract young customers, and keep their loyalty for life. Their biggest challenge is figuring out what young buyers are looking for in a vehicle.

The instant gratification that young people are used to makes this difficult, due to long lead times in product development. “I’ve got to guess today what you’ll want in a car 10 years from now,” said James E. Lentz, chief executive of Toyota North America. “Today I’ve got to decide what is going in a car in 2018, and that model will likely be sold until 2024.”

“What they want, according to the Deloitte survey, is technology that serves a variety of purposes — to recognize the presence of other vehicles, alert drivers when they have surpassed the speed limit, entertain passengers and connect their smartphones to their vehicle’s dashboard interface,” notes the article. “But buyers say that a vehicle’s cost takes precedence over bells and whistles.”

If younger buyers have other devices for connectivity, they may not need it in their vehicle when overall cost and fuel economy are more immediate concerns.