Yekra, a Los Angeles-based startup, distributes movies by embedding them in websites. With Yekra’s improved movie player, websites can directly distribute relevant movies to their visitors, and make money doing it. Website owners can choose movies for their customizable playlists from Yekra’s 250-film library, including blockbusters such as “The Dark Knight,” “The Great Gatsby” and “The Lord of the Rings.” In the past two years, Yekra has made $2.5 million in sales.

Yekra makes money by charging visitors to rent or download movies from its embeddable players on third-party websites. The website will also get a cut of the movie sale, usually about 10 to 25 percent of the sale. Movie studios receive a significant share of the transaction as well. The Yekra movie player even sells the DVDs. 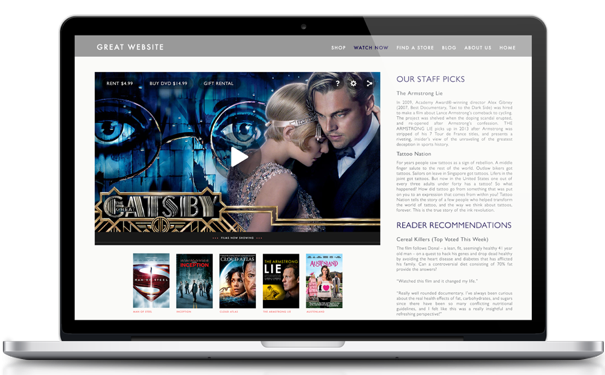 This distribution model is a reversal of the current online distribution model in which major services such as iTunes, Amazon or Google Play reign. Titles that are not on the front page of Amazon, for example, do not make much revenue. However, Yekra makes it easier for niche documentaries and other independent films to find their audience because those films can be embedded in specialty websites.

In addition to its partnerships with movie studios, Yekra recently announced another deal with the Dove Foundation, which is planning to make a playlist of family- and faith-friendly movies for a network of 80,000 churches.

The embeddable video player has been loaded about 2.5 million times in the past two years. “About 33 percent of the people who see the player watch a trailer and 7 percent of them make a purchase,” reports the Los Angeles Times. With the addition of new blockbusters to their library and the new customizable playlists feature, Yekra is hoping to continue its success.