Why This Reviewer Hails Mastodon as a Refuge From Twitter

For people who may be growing tired of Twitter, there is Mastodon, an open-source community-run microblogging website that first appeared in 2017. The social media platform lets users post “toots” and “boost” other users’ posts. The decentralized network exists as numerous “instances,” each of which has its own rules and administrators and which together form a “federation.” There is no central server, so if one “instance” stumbles in some way (for example, forgets to pay for the Internet), none of the other instances are harmed.

Wired reports that, when Mastodon first appeared, some “dismissed it as a passing fad, while others dissed Mastodon as a dead-end social network doomed to extinction just like its eponymous megafauna.” But, since instances exist on their own, “as long as administrators are paying to maintain their instances, Mastodon can expand or contract naturally without threatening the entire network.” 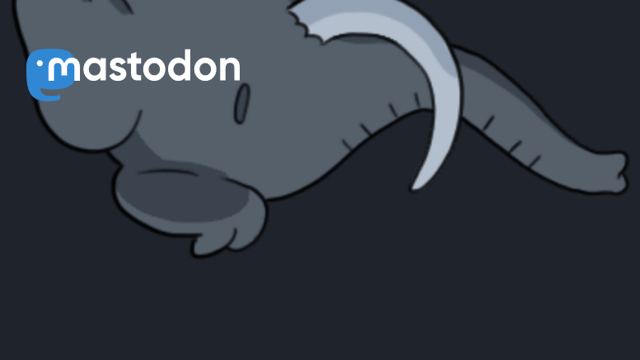 For people who want to explore Mastodon, the main instance is mastodon.social, and Wired reporter Brendan Nystedt said that, “all of this stuff was total catnip for me.” What Twitter does, he continued, “isn’t that impressive,” and the experience there has degraded with such actions as “changing the ‘favorite’ icon, introducing a higher character count, pushing obnoxious ‘suggestions’, and messing up the chronological timeline in favor of an algorithmically-generated one.”

Mastodon’s main instance (which is closed for new users) “is moderated with stricter rules than Twitter, banning users for stuff like Holocaust denial and posting Nazi imagery.” Users have built all kinds of niche instances, focusing on Star Trek and anime among others, and “a handy finder … can help you locate your new microblogging home.”

The “Fediverse” features posts in English, Japanese, Spanish, and “from techy open source enthusiasts.” “Mastodon users are nice people,” Nystedt enthused, suggesting it’s a friendly place for queer and trans-friendly, neurodivergent, furries, artists and sex workers among others. The “killer feature” is the ability to “hide sensitive content behind a button before posting, so people don’t have to see your long rant, political content, or spoiler for a new episode of a TV show.”

According to Nystedt’s review, “the system is designed to encourage thoughtful posting — not selfish or gratuitous posts … [and] it’s even simple to contribute descriptions of images you’re posting for the visually impaired, something Twitter doesn’t bother turning on by default.” The only thing Mastodon misses, he added, is his Twitter friends: “even though there’s a tool to help you find your Twitter friends on Mastodon, there aren’t too many so far.”

“More than anything,” he said, “the change in social networks has given me a new lease on digital life. After years of feeling anxious and unhappy checking my tweets and keeping up my personal brand, it’s like I’ve moved to a new town where nobody knows me, but everyone is looking to make new friends. Isn’t that why we all signed up for this stuff in the first place?”