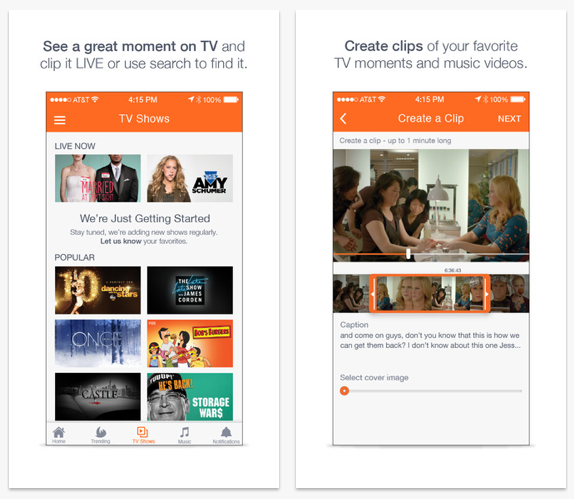 According to TechCrunch, with its group of content partners, Whipclip has been able to offer a catalog of shows from the outset; that catalog has now expanded and includes “Charlie Rose,” “Dancing With The Stars,” “NCIS: Los Angeles” and “Once Upon a Time” among others. The company also works with Turner, Viacom, Fusion, Pop and Bellator MMA for sports.

Whipclip has partnered with more than 25 publishers that publish video clips in their online articles; among the examples are International Business Times, which embedded a clip of “So You Think You Can Dance” and USA Today, which added “The Bachelorette” recap.

The app lets users create clips from the last two minutes of an airing show, a length that jibes well with the trend of consumers viewing short-form video on mobile devices. Whipclip also lets users access shows after they’ve aired, and enable posting of 30-second clips on social media platforms including Twitter and Facebook.