As part of the FitnessTech Summit at CES 2017, FitWell founder/chief executive Ted Vickey brought together a small group of “disrupters” in the fitness industry to show applications that can and do make a difference in peoples’ lives. Vickey is bullish on the possibilities. “By far, there are more users of fitness apps than there are members of health clubs,” he said. “And close to 73 percent of users say they feel healthier because of their app.” The disrupters showed a wide array of use cases.

Firstbeat Technologies chief executives Joni Kettunen, whose company’s technology is used by 18,000 professional athletes and is embedded in 70 wearables, presented the Garmin fenix watch and Jabra Elite Sports earbuds. “It must be based on science,” he said. “Our digitized physiology through heartbeat and heart rate variability gets 95 percent accuracy.” 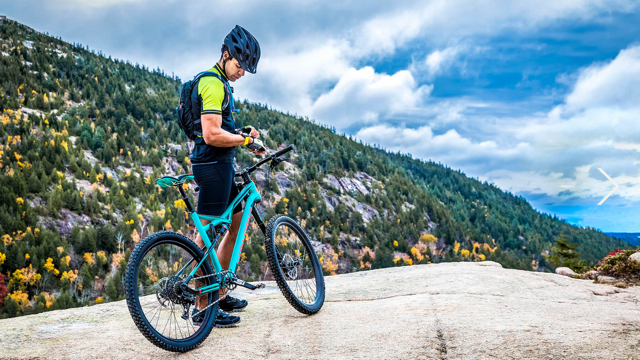 Both products include a wide array of fitness metrics that are actionable, including, for Garmin, recovery time prediction, and, for Jabra, personalized and adaptive training plans. “The market will be more mainstream in five years,” Kettunen predicts. “So we’ll see better products.”

“It can read out loud any text on any surface,” explained Wexler, who showed a video clip of a young woman with aphasia using MyEye to read for the first time in six years. “It doesn’t invade your privacy because the camera tells you what you’re seeing and then forgets,” he said, noting the solution is an example of how machine learning can be leveraged.

The company is working on a product for anyone (that is, everyone) with information overload. MyMe, which is at the prototype phase, is a tiny camera that will tell you a person’s name, who they are and how you met them.

“I believe this is the next big thing,” said Wexler. “We all need this device.”

The Stanford Mind & Body Lab tested Spire’s Mental Well Being device — which attempts to lessen anxiety and lower stress by monitoring breathing — on 400 people in LinkedIn’s workforce. The results showed that those who use Spire Well Being enjoyed less stress and anxiety. The device doesn’t simply measure breathing and infer states of mind, but provides real-time notifications before the user even knows she’s becoming stressed.

“It also gives you insights into what makes you calm and focused,” said Palley, who explained more doctors and mental health professionals are recommending the device. “We live in a world of constant interruptions and stressors, so we decided to figure out how to use technology to counteract that.”

Dr. Chang Ming Yang, chief executive of Ming Young Biomedical Corp. in Taiwan, showed his smart clothing. “The textile can be a circuit board with sensors to detect ECG, breathing, and so on,” he said. “It needs to be comfortable, washable, non-stop, lightweight, and capable of being mass produced at low cost.”

Among the products are a shirt that can detect heart rate, another that detects posture, and socks that detect gait. Ming Yang, a doctor and engineer, became interested in creating wearables 20 years ago and currently holds several patents. His primary focus is that they be “very comfortable” as well as accurate and reliable.