WalmartLabs has upped its credibility as a technology provider and taken a swipe at Amazon by opening its OneOps cloud platform to all comers. The OneOps source code will be uploaded to code repository GitHub by the end of the year. By doing so, Walmart hopes to increase competition with Amazon Web Services and offer developers an option to AWS’ dominance. Walmart touts OneOps advantages as “cloud portability, continuous lifecycle management, faster innovation, and great abstraction of cloud environments.”

TechWeek Europe reports that although Walmart, which is also parent company of Asda in the United Kingdom, is bigger than Amazon in terms of revenue, Amazon’s market value is $254.8 billion (£165bn). 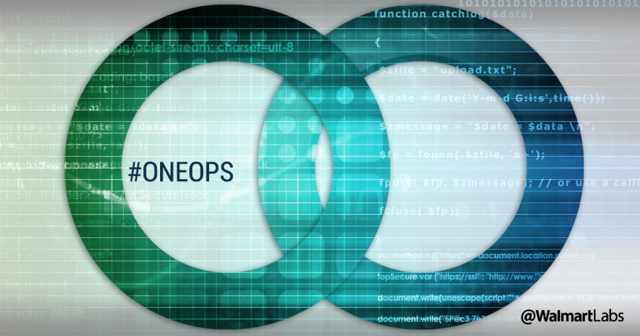 “One way in which Walmart is planning to stay afloat amidst intense competition, and to keep up to date with technology trends, is to crack open its OneOps cloud computing code so that anyone can use, effectively making it open source,” says TechWeek Europe.

“We’re enabling any organization to achieve the same cloud portability and developer benefits that Walmart has enjoyed,” says Walmart Global eCommerce CTO Jeremy King, who is also head of WalmartLabs. King notes that Walmart’s open source platform will force competitors to “compete based on price, customer service and innovation” rather than be trapped in what Walmart calls the “Hotel California Effect” (“a prisoner of your own device”).

The move will, nonetheless, have “negligible effect on AWS,” says TechWeek Europe, given that Amazon enjoyed revenues of over $7 billion (£4.5bn) this quarter and offers “hundreds of cloud-based services to thousands upon thousands of customers.”