TunesMap to Offer Liner Notes and More for Streaming Music

TunesMap believes every song has a story. After 10 years of development, the company will debut a product intended to fill an empty space in the digital music industry: liner notes. Online streaming music has grown to be a huge success, but it still lacks all the materials that once graced the album, including lyrics, songwriting credits, thank-you lists, essays, artwork and other information. TunesMap, founded by music supervisor G. Marq Roswell, will debut an Apple TV app for Sonos speakers in November that will uncover “the greater cultural context around any song” and offer a feed of links to relevant material, photographs and videos.

The New York Times notes that the Apple TV app, which will work with Sonos connected speakers, will stream an interactive display when cued by a song on Spotify, Apple Music or other streaming services. Roswell worked with “Nigel Grainge, an influential record executive who died in June; Erik Loyer, an app developer and media artist; and Jon Blaufarb, an industry lawyer,” starting in 2007. 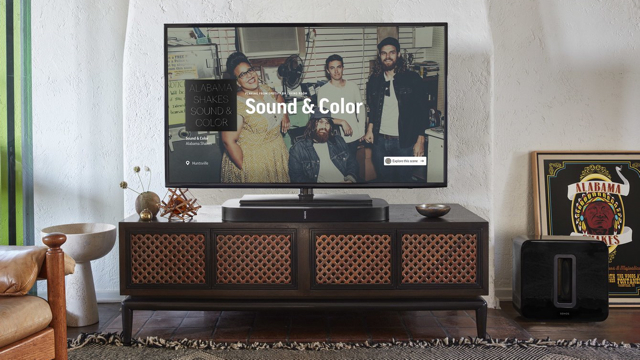 Roswell, who initially dubbed it an “interactive context machine,” notes that the app stream will essentially be “rabbit holes” the listener can explore. “We’re going through the prism of music,” he said. “But it’s film, it’s fashion, it’s art, it’s news, it’s comedy — it’s everything that created that scene.”

For example, a Bob Dylan song would launch vintage Greenwich Village photos, news articles and links to related artists such as Martin Scorsese, who directed Dylan’s documentary “No Direction Home.”

TunesMap, which gets a percentage of any sales made through the app, has already inked deals with “Genesis Publications and Rock’s Backpages, a decades-deep archive of music journalism, as well as rock photographers like Jay Blakesberg.”

The company, which holds two patents for its navigation system, “raised $4.75 million from entertainment-industry veterans like Andy Summers, the guitarist for the Police, and Jerry Moss, one of the founders of A&M Records, and from the Visionary Private Equity Group.”

The app is free, although the equipment to consume it — Sonos and an Apple TV system — costs at least $350. TunesMap plans a “minimal mobile version.” NYT notes that, “TunesMap runs counter to the trends of digital music consumption, which are moving toward simple mobile displays and programmed playlists.”