Amazon, Facebook, Google, IBM and Microsoft established the Partnership on AI to create ground rules for protecting people and their jobs in the face of rapidly expanding artificial intelligence. The organization is also intended to address the public’s concern about increasingly capable machines, and corporations’ worries about potential government regulation. One of the organization’s first efforts was to agree upon and then issue basic ethical standards for development and research in artificial intelligence.

The New York Times reports that five AI researchers, each representing one of the organization’s member companies, say that the technology can “be a major force in the world for social and economic benefits, but they acknowledged the potential for misuse in a wide variety of ways.” Rather than force technology companies to adopt regulations, say the scientists, their goal is to “foster ‘public understanding’ and set ‘best practices’ for work in artificial intelligence.” 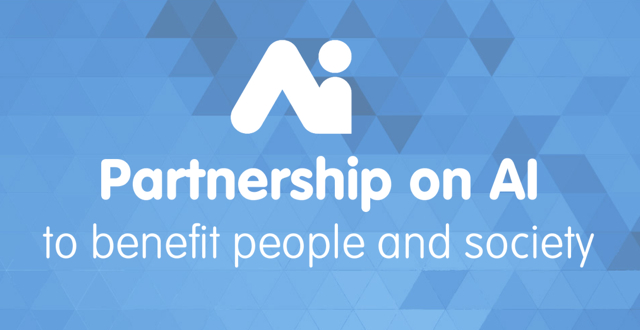 “We passionately believe in the potential for it to transform in a positive way our world,” said DeepMind head of applied AI Mustafa Suleyman, whose company was acquired by Google in 2014. “We believe it’s critical now to start to think about new models of engagement with the public, new models of collaboration across the industry and new models of transparency around the work that we do.”

Partnership in AI’s eight tenets – which NYT notes are “evocative of Isaac Asimov’s original Three Laws of Robotics, which appeared in a science fiction story in 1942” – are “high-level ideals,” including a vow to “ensure that AI technologies benefit and empower as many people as possible.” One tenet, recognizing the potential “sticky ethical issues” that companies could encounter, calls on engineers “to oppose the use of artificial intelligence technology in weapons or other tools that could be used to violate human rights.”

“With the hyperbole about AI over the last two to four years, there have been concerns in an echo chamber of anxiety that the government itself will be misinformed,” said Microsoft Research managing director Eric Horvitz. The group is also soliciting participation from other companies and groups, including Apple and the new nonprofit research group OpenAI.