CES 2016 will be the largest in the organization’s 49-year history, says chief economist Shawn DuBravac. With 2.4 million square feet of exhibit space — equal to 50 football fields — the show is expected to welcome 150,000 attendees, including 45,000 international visitors from 150 countries. DuBravac reported that the name of CES producer the Consumer Electronics Association has changed to the Consumer Technology Association, to better reflect its current mix of members including Uber, Lyft, Snapchat and Airbnb. END_OF_DOCUMENT_TOKEN_TO_BE_REPLACED

Canon is developing a Cinema EOS 8K camera and 8K reference display, for “the production of next generation content.” Also in the works is a still-image single lens reflex camera with a CMOS sensor offering 120 million pixels, which Canon says is “the world’s highest number of pixels for a CMOS sensor smaller than the size of a 35mm full-frame sensor.” The company claims that the sensor was able to capture an image showing the lettering on the side of an airplane flying 11 miles from the shooting location. END_OF_DOCUMENT_TOKEN_TO_BE_REPLACED

Last year’s Consumer Electronics Show broke attendance records, with more than 156,000 people descending upon Las Vegas. This January, the 2013 show is expected to match last year’s attendance and set a new record in terms of show floor space, with more than 1.85 million square feet of booths and exhibits.

“Every day brings more good news. We are bigger than last year, in terms of our footprint. That’s how we measure the size of the show in the trade-show world,” explains Consumer Electronics Association chief exec Gary Shapiro, who anticipates more than 3,300 exhibitors. “The thing I’m really excited about is the startup area,” notes Shapiro. “We did a deal last year for Eureka Park and we thought we’d have 30 companies. We had 100, and this year we have 140.” 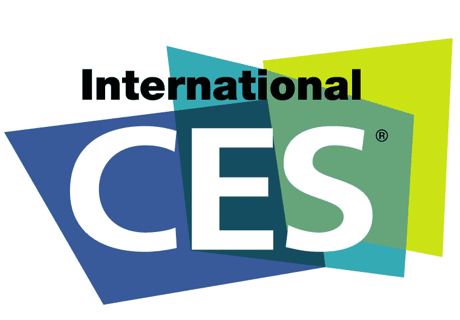 Shapiro expects CES to be packed despite Microsoft’s absence. The company has traditionally given the opening keynote to kick off the show, but will be replaced this year by Paul Jacobs, CEO of mobile chip maker Qualcomm.

“That change is symbolic, as Microsoft represented the PC industry, while Qualcomm generates billions on the strength of smartphone and tablet chip sales,” reports VentureBeat.

“Another big draw will be anything connected to Apple,” explains VentureBeat. “Apple employees are coming, but Apple traditionally doesn’t exhibit or speak at CES. But the iLounge section devoted to Apple-related products built by other companies is now going to have 440 companies across 120,000 square feet.”