The overall tablet market shrank last year, but promising sales of detachable devices offer an opportunity for future tablet market growth. According to a report from the International Data Corporation (IDC), total shipments of tablets in 2015 were 206.8 million, 10 percent less than the 230.1 million shipments in 2014. Apple still maintains the lead in market share, but competitors such as Samsung, Amazon and Lenovo are catching up as more consumers opt for more affordable tablets.

Another report from Strategy Analytics suggests the market decline isn’t quite as pronounced, with only an 8 percent decrease in tablet shipments. Strategy Analytics also found that 2-in-1 detachable tablet shipments jumped 379 percent in 2015. The iPad Pro was the top seller in detachable tablets last year, but Microsoft could give Apple some competition in that category in the future. 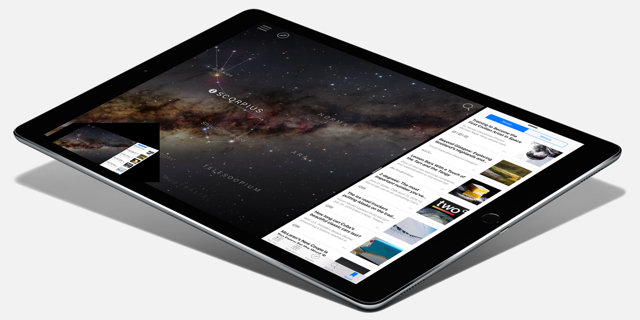 IDC says that detachable devices are growing more popular because they can serve as PC replacements. “We believe Apple sold just over two million iPad Pros while Microsoft sold around 1.6 million Surface devices, a majority of which were Surface Pro and not the more affordable Surface 3. With these results, it’s clear that price is not the most important feature considered when acquiring a detachable — performance is,” said Jean Philippe Bouchard, IDC’s research director for tablets.

Both firms found that Samsung was the second most popular tablet maker with about 14 percent of the overall market share compared to Apple’s 28 percent. Amazon came in at a surprising third on IDC’s ranking. The $50 Amazon Fire tablet was a hit last holiday season. That was an exception to the sales trend for pure slate tablets, though. Low-cost tablets dropped 21 percent, the greatest annual decline so far.