More than 100,000 music producers and artists are reportedly now using a cloud-based service called Splice to produce music tracks on-the-go. Users store their tracks in the cloud and provide collaborators with access to edit the tracks with compatible music editing software such as GarageBand or Ableton Live. Splice’s technology helps manage how each user has tweaked the tracks. The startup, which officially launched in September, makes money by selling add-ons for music editing software.

Splice is designed for busy musicians so that they can keep the creative momentum going even when they’re traveling. “Sometimes people have those inspired moments where they riff on something, but if you lose it, you never get it back,” said Splice co-founder Steve Martocci. Artists have free cloud storage on Splice and they can post from anywhere using their desktop or mobile phone. 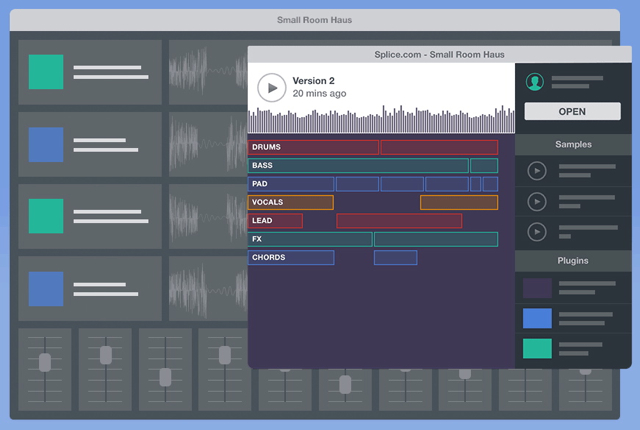 Splice already has some notable backers and artists. According to Bloomberg, the startup raised $7.25 million with some contributions from music industry veterans like Steve Angello of EDM band Swedish House Mafia, record label owner Scooter Braun, and booking agency AM Only.

Tiësto is a Grammy-winning musician and Splice backer and user. He recently posted one of his tracks publicly on Splice. The interface shows all of the instruments and sounds on a track to show how the song came together. The artist can even add annotations. Other users can even download the track to remix it themselves.

In the future, Splice hopes to set up a system where musicians will get paid when other users remix their sounds. For now, the startup makes money from add-ons for music editing software like different types of instruments or sound effects. The company is also working on creating a premium tier of services to manage music.