Samsung’s Digital Assistant Bixby to Roll Out With Galaxy S8

Samsung has become the latest tech giant to unveil a digital assistant, introducing Bixby, which will first appear with the upcoming Galaxy S8 smartphone. Unlike Siri and Cortana, Bixby is not a database capable of answering questions, but rather is intended to help users accomplish tasks. The Galaxy S8 will feature a dedicated button to launch Bixby, which will initially offer a few preinstalled apps in English and Korean only. Chinese and Spanish versions will unveil shortly after the phone’s debut.

The Verge reports that Samsung head of research and development for software and services Dr. Injong Rhee says Bixby is “philosophically different from other agents,” and its purpose is to “change user behavior from just using touch commands,” stressing that it is “an intelligent user interface, emphasis on interface.” 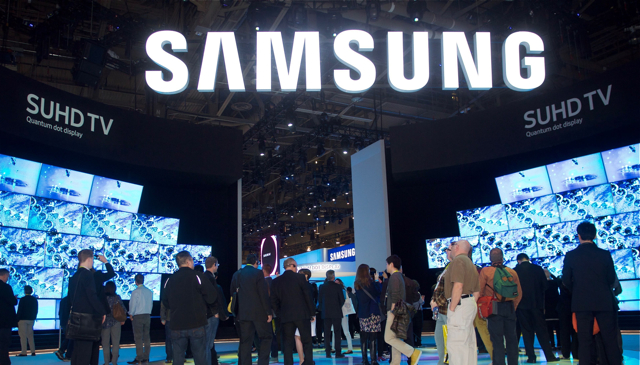 The Verge suggests that, “a less charitable interpretation might be that Bixby exists to [make] … Samsung’s own poorly designed software and interfaces easier to use.” Samsung says Bixby will let the user “seamlessly switch between voice commands and touch interfaces,” that it is able to “understand commands with incomplete information and execute the commanded task to the best of its knowledge,” prompting the user for more information when necessary.

Samsung is taking this tack, says The Verge, because the company knows it “can’t compete with Google, Microsoft, Amazon, and others when it comes to raw machine learning power and putting vast amounts of information at your fingertips.” Rhee adds, however, that, “out of the box, our smartphones can perform over 10,000 tasks, while current digital assistants … can only do about 100.”

In addition, Samsung’s new phone “will employ facial-recognition technology for mobile payments within months of release, adding cutting-edge security to help the marquee device stand out from rivals,” notes Bloomberg.

Samsung also plans to release an SDK to let developers build Bixby-enabled apps, “the only way to achieve scale,” reports VentureBeat. Bixby will also not simply be relegated to the company’s newest smartphone, but will appear in Samsung’s other products, from TVs to air conditioners.

“Since Bixby will be implemented in the cloud, as long as a device has an Internet connection and simple circuitry to receive voice inputs, it will be able to connect with Bixby,” said Rhee. “As the Bixby ecosystem grows, we believe Bixby will evolve from a smartphone interface to an interface for your life.”

The Verge adds that, “since it’s a cloud-based service, its capabilities can carry across devices: you could ask your washing machine to make a call, and it will route the call through the cell phone in your pocket, for example.” It also notes that Samsung’s acquisition of Viv will help Bixby “play nice with other third-party services.”