New York-based startup 29th Street Publishing wants to make it easier for freelance writers and independent editors to publish in a digital world. The company helps develop and maintain iOS apps for serialized content and, in the process, just may help revolutionize magazine publishing. 29th Street already builds apps for about 20 publications, some of which are established names and others that are brand new.

“It’s the combination of the publishing industry shrinking, the technology and the New York ‘get-it-doneness’ right now that’s making [this model] possible,” says David Jacobs, a company co-founder. He explains that the goal is to help writers and editors “own and communicate directly with their audiences. Also, to pay writers fairly without compromising the quality of the experience.”

29th Street has already released five apps, with Apple’s Newsstand serving as the conduit to readers with iPhones and iPads. Apple gets a cut of each sale, with a “per subscriber fee” paid to 29th Street that is negotiated with the publishers. Even bloggers have been taking advantage of the apps. 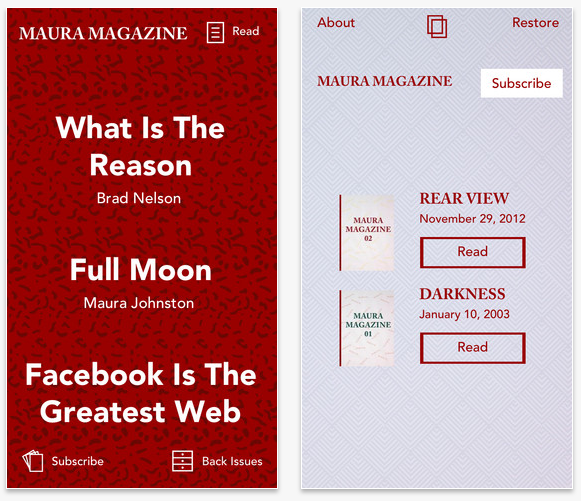 “Asking digital readers to pony up for essays, journalism and poems is no longer a fringe proposition, as major media outlets are embracing digital-subscription models,” reports the Wall Street Journal. “Even among bloggers, who have typically published their work free of charge since the rise of the medium, there has been a new push into paid content.”

“This is [for] people who have to find a way to have the discipline and vision to publish something on a regular basis,” said Blake Eskin, who works to guide writers and editors in planning and releasing the apps. The ideal publisher isn’t “writing one very big thing but writing something serial.”

Mashable recently posted an article, “4 Ways Publishers Are Winning With Digital Subscriptions,” which provides an overview of current publishing models that involve measured pricing (WSJ), premium digital branding (The Economist), smart growth through digital subscriptions (The Atlantic), and how 29th Street is “leveling the playing field.”

The article cites 29th Street client Maura, which is a digital magazine edited by former Village Voice music editor Maura Johnston. Maura publishes 4-5 articles per week that focus on unique perspectives of pop culture. “We want to give writers and editors who are talented and have a point of view a way to thrive in a marketplace that’s so dominated by certain brands,” says Johnston.

Maura has been primarily selling annual subscriptions for $29.99, but it can also be purchased for $2.99 per month or $0.99 per issue. “A lot of that is people just saying ‘I love Maura. I want to support Maura,'” says Jacobs. “It’s almost a movement, more than a magazine.”

Jacobs suggests that this model will continue to help editors connect writers and artists to targeted audiences. “If you have a following, 400 or 500 subscribers means you’re doing better than [some] freelance jobs,” he says.

Which means that digital subscriptions and publishing apps could mean big changes for the future of magazines and traditional print media.