Nvidia unveiled its Jetson TX2 platform, designed for devices that have limited bandwidth like drones, traffic cameras, and manufacturing robots. Some of these devices, such as a camera drone, may capture large amounts of data without working in the cloud or a connected data center. Subsequently, these devices have to do most of the processing themselves and Jetson 3.0 promises to make them more powerful. The TX2 chip, which provides twice the performance of the TX1 while using only half the energy, is designed for artificial intelligence at the edge of a network.

The TX2 features a Pascal-based GPU that makes deep learning very fast. According to VentureBeat, learning that used to take months will only take days or hours. The TX2 also comes with two 64-bit Nvidia quad-core ARM chips, 8GB of RAM, and 32GB of Flash storage. It is also Wi-Fi and Bluetooth enabled, along with ethernet for wired connections. 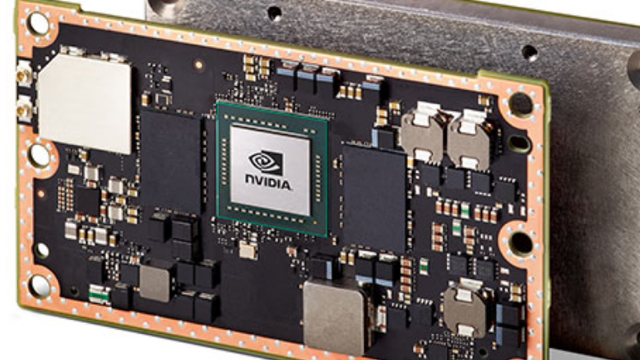 The Jetson TX2 will make advanced computing possible almost anywhere. Utah-based startup Teal has already built a camera drone on the Jetson platform that can recognize images. This drone could be used in search and rescue operations where it could recognize a human in the images it takes of a remote area.

“Lowes is also using a Jetson-based robot from a company called Navii,” explains VentureBeat. “The robot is used in stores to scan shelves to see what inventory needs to be replaced. It can also guide shoppers around to different products in the store, using voice recognition.”

Devices powered by TX2 could provide AI features including speech recognition, facial recognition, and using sensor data for autonomous navigation. Devices on the edge could soon be able to help take the load off of central servers.

The $600 TX2 developer kit will start shipping this week.