Neptune Pine Smartwatch is Just as Capable as a Smartphone

The world’s most powerful smartwatch will soon be released, and it wasn’t created by Apple or Google, but a 19-year-old college dropout. The Kickstarter-funded product, named Neptune Pine, will be able to ship as soon as it has FCC approval and the Kickstarter funds are delivered for mass production. The project’s video depicts a working prototype with a 2.6-inch frame, front- and rear-facing cameras, and Web browsing, among countless other features. 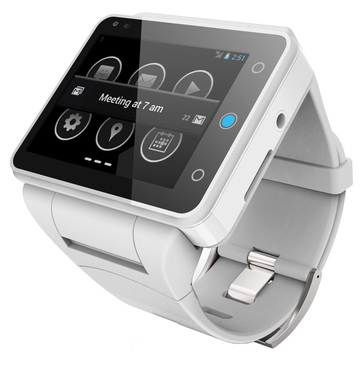 Simon Tian is the teen behind the Neptune Pine who once claimed he’d create a smartwatch as powerful and capable as a smartphone. Now, that will soon be a reality. Tian’s campaign originally had a funding goal of $100,000 and skyrocketed beyond that just in the first couple of days, reports Quartz. With 29 days to go, it has raised more than $241,000.

Pine’s Web browsing is available over 3G and Wi-Fi, and the battery life allows for seven hours of Wi-Fi Internet browsing and 120 hours of standby, which as Quartz notes, is better than most smartphones. The device is also water resistant and “the only smartwatch on which you can conduct video calls.”

The specs are no doubt impressive, but Quartz wonders, “Will anybody buy one?” The article argues the smartwatch does what most other devices already do, and with a screen delivering just 320×240 pixels, maps and Web pages may be hard to read.

But the article also notes that many people thought phone-tablet hybrids wouldn’t sell either. But they did, which suggests “there’ll always be a market for a gadget with a new screen size.” And between the promising funding and media hype, the device is already making a splash.

For more information, visit the Kickstarter project page or the Neptune Pine site.