The Motion Picture Association of America (MPAA) completed its first update of Content Security Best Practices since the Trusted Partner Network (TPN) debuted in April in a joint venture with the Content Delivery and Security Association (CDSA). The TPN is intended to standardize and improve the quality of assessors and reduce the waste of duplicative audits. Current and future vendor assessments will be based on the MPAA Best Practices, built into the TPN platform to create its Common Controls.

According to Variety, the TPN is “a new seal-of-approval program for partners aimed at reducing the risk of TV shows and movies hitting piracy networks before their release.” 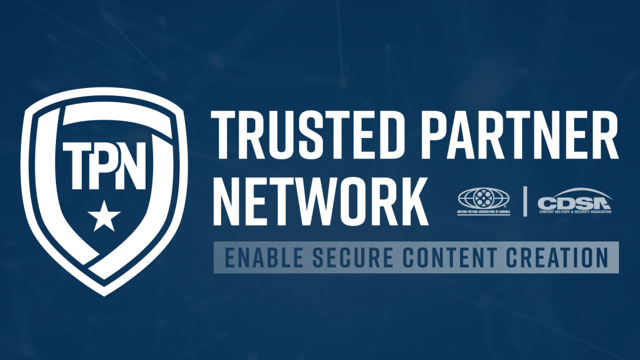 M&E Daily, a publication of the Media & Entertainment Services Alliance (MESA), reports that, “CDSA’s Content Protection Standard (CPS) remains in effect for previously audited facilities through March 31, 2019,” and that, “moving forward, the Best Practices will continue to be maintained by MPAA and will be updated regularly to reflect changes in the entertainment industry’s security landscape.”

TPN chief operating officer Kurt Fischer added that, “the MPAA Best Practices are designed to provide current and future third-party vendors with an understanding of general content security expectations, as well as a framework for assessing a facility’s ability to protect a client’s content.” “Understanding and applying the MPAA Best Practices is a great way for a facility and vendor to prepare for their TPN assessment,” he said.