Microsoft just showcased a new 10-inch tablet, the Surface Go, that is the company’s smallest and, starting at $399, its least expensive ever. Designed as a smaller version of the Surface Pro, the new device will compete with Chromebooks and iPads. The Surface Go weighs 1.15 pounds, only a bit heavier than the 1.03-pound iPad. In a product demo in New York, a Microsoft rep pulled the Go out of her purse, demonstrating that the company has created a tablet that is light and small enough to be carried around all day. The Go is available for pre-order now and will be in stores August 2.

“Microsoft appears to be targeting the area of the PC market between budget and premium,” suggests The Verge. “The Surface Go, like the $799 Surface Pro, is a tablet with a keyboard and stylus support that offers more than a regular iPad or Chromebook. It’s still dropping into a tricky part of the PC market, though, because the $400-$700 price point is where PC makers typically try to shove slower components into a more premium chassis.” 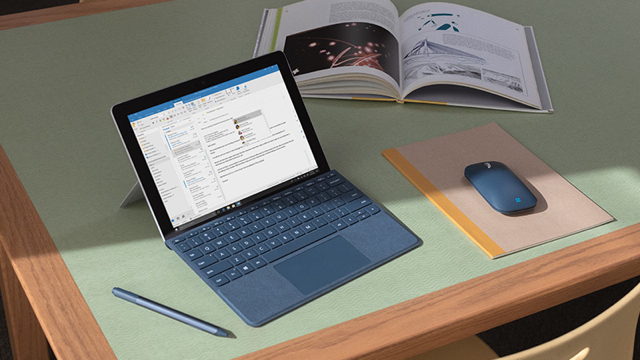 Engadget reports that, at first glance, the Go “doesn’t look that much different than the Surface 3.” In fact, its screen is “almost a full inch smaller,” although it retains the 3:2 aspect ratio, “which is a bit taller than typical 16×9 displays.” It also has the Surface’s large screen bezels, which the reviewer notes, “look dated in this era of thin bezel laptops and tablets like the iPad Pro.”

The kickstand opens a full 165 degrees. The tablet is powered by a dual-core, four-thread Intel Pentium Gold 4415Y processor, which “Microsoft claims [is] around 30 percent faster than the Surface 3’s quad-core Atom.” The reviewer calls it “a curious choice of CPU,” since it’s a seventh-generation Intel chip.

But, he added, Microsoft is not positioning this as “a high-end machine” but rather, “a secondary device that you can use when you’re away from your more powerful computer.” The consumer can choose “from either 4GB of RAM and 64GB eMMC storage to start, or 8GB of RAM and a 128GB SSD for $549.” Coming later this year is an LTE version and “a variant with a 256GB SSD.” 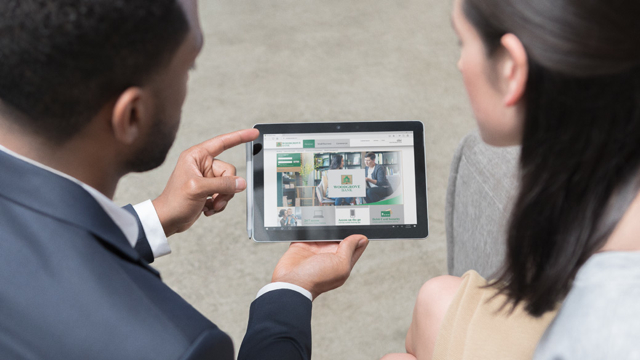 A microSD card slot under the kickstand lets the user expand storage. The tablet also includes USB-C and will ship with Windows 10 S mode (which can be switched to standard Windows 10).

With a different size than past tablets, Microsoft offers a new Type Cover — which adds another 0.5 pounds to the weight — sold separately for $99 or an Alcantara version is available for $129. The trackpad “is surprisingly large, smooth to the touch and responsive.” The Go also supports Microsoft’s $90 Surface Pen and the $80 Surface Arc Mouse.

“It’s an intriguing step forward for Microsoft,” said Engadget, calling it “a tiny machine that’ll let you do just about everything you could with your normal Windows PCs, save for playing games.”