Animator and special effects pioneer Ray Harryhausen, 92, died on Tuesday in London, where he had been living. Harryhausen, an innovative artist whose work still inspires filmmakers, often played a principal role in the movies that featured his technical effects. “He frequently proposed the initial concept, scouted the locations and shaped the story, script, art direction and design around his ideas for fresh ways to amaze an audience,” according to The New York Times. 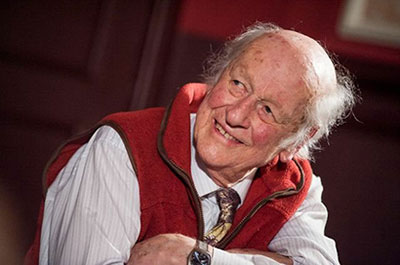 “Often working alone or with a small crew, Mr. Harryhausen created and photographed many of the most memorable fantasy-adventure sequences in movie history: the atomically awakened dinosaur that lays waste to Coney Island in ‘The Beast From 20,000 Fathoms;’ the sword fight between Greek heroes and skeleton warriors in ‘Jason and the Argonauts;’ the swooping pterodactyl that carries off Raquel Welch in ‘One Million Years B.C.,'” reports NYT.

Harryhausen is perhaps best known for his groundbreaking work in stop-motion animation, “a painstaking process using three-dimensional miniature models that are photographed one frame at a time, with tiny, progressive adjustments made by hand to the models between frames to produce the illusion of movement,” notes the article.

Unlike other more stylized animators, Harryhausen pursued realism with much of his stop-motion work.

“The heart of his technique was a process he developed called Dynamation,” the article explains. “It involved photographing a miniature — of a dinosaur, say — against a rear-projection screen through a partly masked pane of glass. The masked portion would then be re-exposed to insert foreground elements from the live footage. The effect was to make the creature appear to move in the midst of live action. It could now be seen walking behind a live tree, or be viewed in the middle distance over the shoulder of a live actor — effects difficult to achieve before.”

In 1992, Harryhausen was honored with a career Academy Award for technical achievement. NYT notes that during the Oscars ceremony, actor Tom Hanks told the audience that he thought the greatest movie was not “Citizen Kane” or “Casablanca,” but “Jason and the Argonauts.”