Google has unveiled its experimental Project Fi, a new mobile phone service that seamlessly switches between Wi-Fi and 4G LTE networks to ensure that people will have the fastest connections. Users will also be able to switch between devices, so text messages and phone calls can be answered from a smartphone, tablet or computer. Google partnered with Sprint and T-Mobile for the data networks, and it plans on offering its Project Fi for as low as $30 per month.

Project Fi is still in a testing phase, so people can only join the service by invite-only. Also, Google is only offering it to people with a Nexus 6 smartphone. The rate is $20 per month for talk, text, Wi-Fi tethering, and international coverage in more than 120 countries, and each gigabyte of cellular data is another $10 after that. 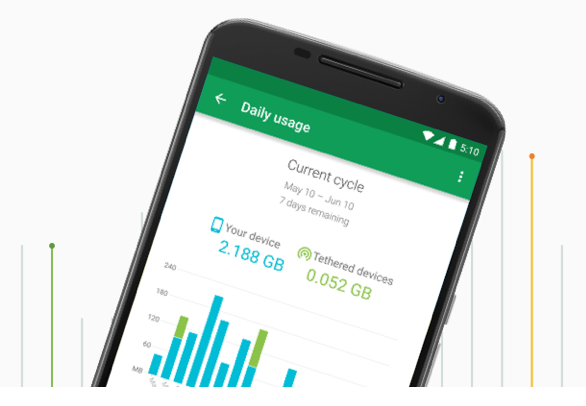 Google will even refund the customer if they use less cellular data than they paid for. That’s much cheaper than similar plans on other major wireless carriers, which usually start around $50, according to Engadget.

Project Fi blends both cellular calls and online calls based on whichever service will offer the best connection. Texting and calling will remain under a single phone number, no matter which service or device the customer is using. It is similar to Apple’s integration of iMessage onto iPhones, iPads and Mac computers.

Google partnered with Sprint and T-Mobile to get access to their 4G LTE networks and the cellular calls will go through a mobile virtual network operator (MVNO). The New York Times reports that Google’s reliance on networks owned by other companies limits their competitive threat to traditional phone carriers, but Google has tried to cut out similar middlemen in past ventures.