Fourth Dimension Effects: Iron Man 3 to Be Shown in 4DX

Starting April 26, “Iron Man 3” will be shown in 4DX (fourth dimension effects) at a theater in Nagoya, located in central Japan. The theater is operated by Korona World chain, which plans to screen 12 titles per year using the new format. 4DX can include tilting seats, blowing wind, odor effects, strobe lights and equipment built into the ceiling that can drop bubbles onto the audiences. A ticket will cost $13 for 3D and $10 for 2D. 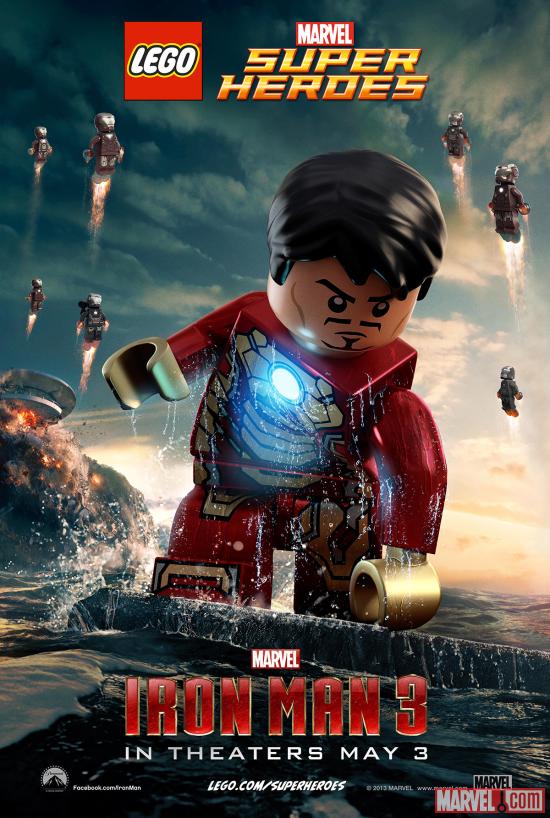 “It was really a matter of timing that ‘Iron Man’ became the first title for 4DX in Japan, though we were looking for a blockbuster action film, as that is what works best with the system,” said Tagiki Ishiguro, a spokesperson for Korona World.

“The 4DX system already is in use in theaters in China, South Korea, Thailand, Russia, Mexico, Israel and several countries in South America,” explains The Hollywood Reporter. “The first film to be shown in the format was ‘Avatar’ in 2009 in Seoul, where the company behind the system, CJ Group, is headquartered.”

CJ Group has plans to bring 4DX to the U.S. this year, and hopes to outfit 200 theaters over the next five years.

In a related story, Marvel is taking a unique approach to marketing with the release of one-sheets that feature LEGO versions of the film’s Tony Stark character.

“In one poster, a LEGO Iron Man is crouched in the middle of the ocean on floating debris with a look of steely determination,” describes THR. “In another poster, Tony Stark, Iron Man’s alter ego, is seen standing in the middle of a dim room facing six variations of his superhero suits.”

According to Marvel, the “iconic characters are exclusive LEGO minifigure replicas found in LEGO Marvel Super Heroes sets based on the much-anticipated film hitting theaters on May 3.”