Electronic Arts’ long awaited release of “SimCity,” the first new edition in 10 years, was abruptly halted two weeks ago when servers gave out, unable to handle the influx of gamers. “SimCity” was not designed with an offline mode, and recovery efforts have been challenging. Since the launch, both EA and developer Maxis have been working hard to fix the situation and communicate its ongoing efforts with gamers.

In an attempt to get the game to run properly, EA began removing elements. “At first it was non-core features like achievements and high score leaderboards,” explains Wired. “By the end of the day EA had ripped out the ‘Cheetah’ gameplay mode, which speeds up the passage of time so you can develop your city more quickly.” 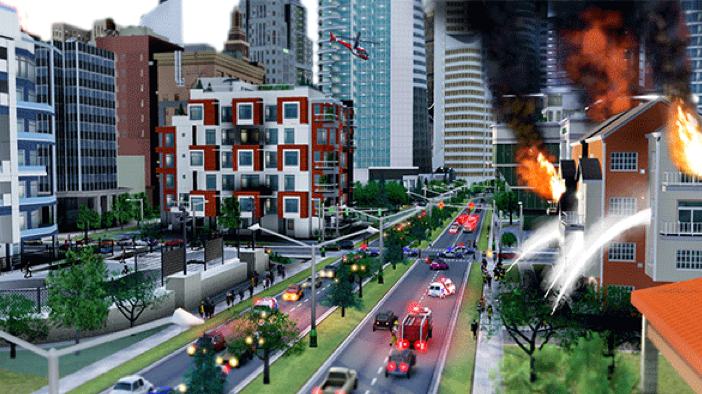 Maxis GM Lucy Bradshaw posted updates on EA’s official blog during repairs to explain that the server response time had been improved 40-fold since the launch, allowing twice as many players into the game at the time same.

By the end of the first week she said the situation was “good, but not good enough,” and added that their combined team would not rest until they had “everyone online, playing together, and no hitches,” reports Ars Technica.

“The new servers we rolled out have a new faster set up,” Bradshaw wrote on the blog. “We are now dedicated to updating our original servers so that those of you who have been playing these past few days can get the benefits on servers where your cities are played. To do this, we will have to take the original servers down one by one to upgrade them. The improvements will be worth the downtime, and thanks for hanging with us as we do this.”

She also cited unexpectedly high demand on servers during an interview with Polygon. “What we underestimated was a huge surge in pre-orders within the last week and the power of the great word-of-mouth created by the media and our community,” she said. “We test and work out the capacity load of each server in load testing and through our beta events. We have seen play behavior and load in areas that have stressed our game server [databases] in ways that we did not experience in Beta or Load Test.”

Will this change EA’s approach to online vs. offline gaming? “…maybe there’s a chance that this debacle, whenever it ends, will conclude with Electronic Arts allowing players to enjoy the game without having to connect online. Or maybe EA is willing to suffer through weeks of terrible optics if it means achieving the long-term goal of converting traditionally single-player genres into online experiences,” reported Wired before significant improvements had been made.

For those interested, Bradshaw lists several reasons why the company supports “Always-Connected” — and why “SimCity” is not an offline game. “Cloud-based saves and easy access from any computer are another advantage of our connected features. You can pop from work to home, play the game and have your cities available to you anywhere,” she writes in another blog entry. “Almost all of our players play with connected cities. But some chose to play alone — running the cities themselves. But whether they play solo or multiplayer, they are drawn to the connected city experience. And Always-Connected provides a platform for future social features that will play out over regions and servers.”

“So, could we have built a subset offline mode? Yes. But we rejected that idea because it didn’t fit with our vision. We did not focus on the ‘single city in isolation’ that we have delivered in past SimCities. We recognize that there are fans — people who love the original ‘SimCity’ — who want that. But we’re also hearing from thousands of people who are playing across regions, trading, communicating and loving the Always-Connected functionality. The ‘SimCity’ we delivered captures the magic of its heritage but catches up with ever-improving technology.”