After a decade of planning and five years construction, The Walt Disney Company is set to open the Shanghai Disney Resort in the spring. The $5.5 billion project is a testament to the growing interest in bringing American entertainment brands to Chinese consumers. The 963-acre theme park, complete with an Enchanted Storybook Castle and a Mandarin version of “The Lion King” musical, is expected to be one of the largest Disney parks in the world. Disney already operates a park in Hong Kong.

The Shanghai Disney Resort will open amid an economic slowdown in China. The economy may make it harder to attract middle class families to the park, reports The Wall Street Journal. Disney may also have to compete with the new Universal Park that is slated to open just outside of Beijing in 2019.

However, Disney has the advantage of already establishing itself as a box office giant in China. “Star Wars: The Force Awakens” made a respectable $53 million in China on opening weekend. The “Avengers: Age of Ultron” and “Ant-Man” brought in more than $100 million each there. 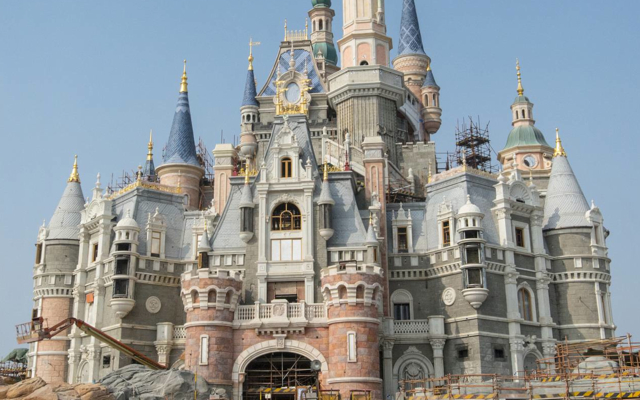 Disney learned some lessons from its Hong Kong park. Attendance was lower than expected when the park opened because people felt that the attractions were lacking. Disney has added more attractions, which has helped improve attendance.

Shanghai Disney is 57 percent-owned by Shanghai Shendi and 43 percent-owned by The Walt Disney Company. This is one of the largest partnerships between a Chinese company and an American entertainment company. About 8,000 people have worked on construction of the park. Disney has only hired about 2,000 of the 10,000 employees that will help run the Shanghai park when it opens in June.

Related:
Why Disney Won’t Be Taking Magic Wristbands to its Chinese Park, Bloomberg, 1/10/16