Virtual reality for live events is a reality, not just for music, news and sports but red carpet events, revealed Variety editor David S. Cohen, who hosted one covering the debut of “Guardians of the Galaxy” recently. He noted the difference between the three genres under consideration. “Sports are a live play. News is perishable but doesn’t always have to be live. Music is more evergreen.” At Digital Hollywood, experts shared the most exciting opportunities and most concerning pitfalls of VR content. 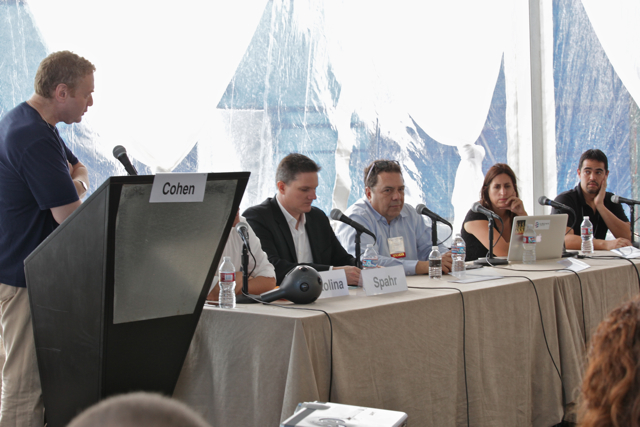 Spahr noted that VR was an opportunity for Sony “to bring phenomenal opportunities to bring artists to other countries and small towns, in a much more revolutionary way than a streaming video to a phone or PC.” Nokia head of presence capture Guido Voltolina is excited that, with VR, “the picture isn’t a rectangle anymore.” But the downside, he warned, is that “just saying here’s a live camera, look around,” is a “a proposition already proven to be a failure.”

VR has a chance to change viewers’ relationship with the news, said Chauls, who noted that “the sense of presence and empathy” are the two primary pillars of VR storytelling. “There’s been an erosion of trust between news organizations and consumers,” he added. “VR puts the viewer more in control of the viewing experience and provides more objectivity established by the medium. The fundamental power is to re-establish trust with the consumer.”

Emblematic Group chief executive Nonny de la Peña believes that the replication of social experiences — being next to a friend in VR space — is a goal, limited today by technology and compute power. But, notes de la Peña, should VR storytellers give agency to the viewer? “If I give you agency, it’s contrary to reporting the news,” she says. “When will it be a shared audience experience, when will the audience have agency, and when will they just be along for the ride?” 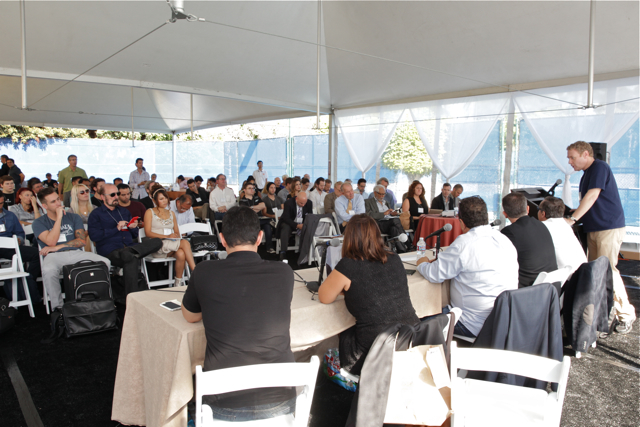 When Cohen asked how to monetize VR, Chauls stated it is “the wrong time to ask that question.” “We need to create an audience we can monetize at a later date,” he said. “Let’s build the ecosystem by creating great content experiences that will make people want to come back. If you think of VR as a product and not a medium, you’re being myopic. It’s a new medium that will have many different applications and business models we’ll be able to enjoy once that ecosystem is in place.”