In the latest example of the rise of sensor news networks, John Keefe, the editor of WNYC’s Data News Team, conducted a project in which WNYC members bought temperature sensor hardware and reported their findings in an effort to predict when cicadas were to start their annual ascension above ground. Vast amounts of public data were gathered through inexpensive sensor hardware — a trend that’s been gaining steam. 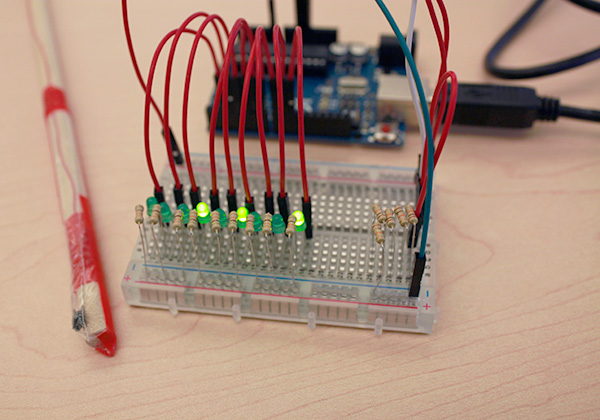 It gained momentum after the 2011 tsunami in Japan, when a group of hardware scientists started tracking radiation independent of the government sensors. A company called Cosm tracks air quality in cities, and a company called Behavio is dedicated to turning smartphones into data gathering devices through sensor apps to help track “trends in community data,” according to Neiman Journalism Lab.

“So what starts with bugs could grow into something more,” suggests the article.

“This is a novel and fun thing to do,” Keefe says of the Cicada Tracker, “but this is a prototype for maybe something even more serious.”

For example, “through a partnership with Columbia University’s School of Public Health… WNYC will soon be tracking air pollution by having a biker carry a smartphone equipped with a sensor. Down the road, Keefe said he would also be interested in tracking noise pollution, another major public health issue in the city.”

“WNYC for a long time has been a leader with experimenting with crowdsourcing and data news. This is almost like experimenting with crowd hardware hacking,” explains Keefe. “We’re trying to go into this arena of independent sensors built and run by a crowd to collect information that might not otherwise be available. We’re creating our own data set.”

NPR’s Javaun Moradi was part of a recent SXSW panel on the rise of sensors. “We used to have to scrape data or FOIA it,” he said. “Then we moved into this era of open data where we asked people to release their data in machine-readable formats to spare us that clean up. We’re moving into this era now where data is coming from everywhere. It’s coming from consumer devices we own and devices we might make, and we’re going to have to deal with that at some point.”