Polaroid is reaching out to the next generation of digerati with a 7-inch Kids Tablet. Rugged and rubberized, it’s a three-button unit that won’t make parents’ hearts skip a beat when it’s dropped. The $149 model comes with 8GB of memory and a 2-megapixel rear camera. Parental controls round out the picture on the Android device (which is being unofficially marketed as “easy enough for an adult to set up!”). 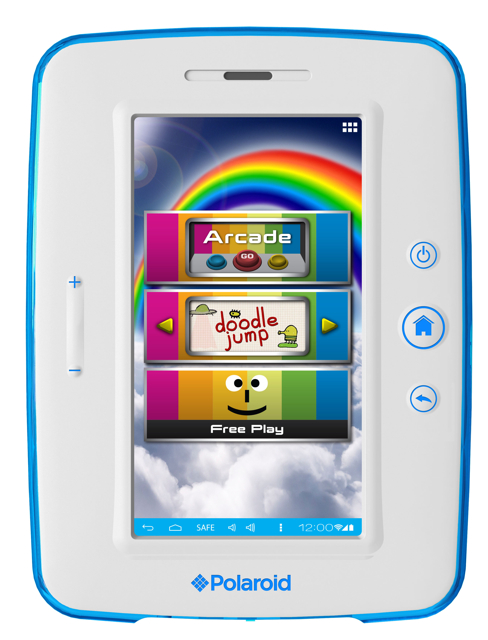 The tablet comes preloaded with 35 games and books that can be displayed in standard print mode or that the computer can read aloud.

The company is also rolling out a line of value-priced tablets for adult users in Q1. The M10 10.1-inch quad-core comes with 16GB of internal memory for $199, and the dual-core M7 7-inch version that unboxes with 8MB of memory and will carry a $99 MSRP. Both feature 1280 x 800 IPS HD displays, memory expandable to 32MB and 2-megapixel front-facing cameras, but the larger version has a 5-megapixel rear-facing one as well.

At these prices, virtually anyone will be able to afford a tablet, which puts Polaroid in the trenches of the march to digital democracy. It’s also taking tech to the people in the form of Fotobar retail locations that will help people to “unlock” images from their mobile devices, manipulate and print them in a transformation from cell phone screen fodder to “cherished memories.” The first Fotobar is set to open in February in Del Rey Beach, Florida, and the company plans to have 10 by the end of the year.

While Polaroid lost its instant imaging niche to digital and the battle for nostalgia snaps to Instagram, it has largely succeeded in reinventing itself with a robust line of specialty cameras and accessories. Fotobar could prove an interesting retail presence for the iconic brand. In today’s photo-obsessed world of social media, it just might work. Facebook had an estimated 140 billion photos by 2012, with users uploading 6 billion photos per month (or 200 million per day). Most of them disposable, no doubt, but Polaroid is banking on a business in the slim margin of keepers. With volume this big, it might exist. 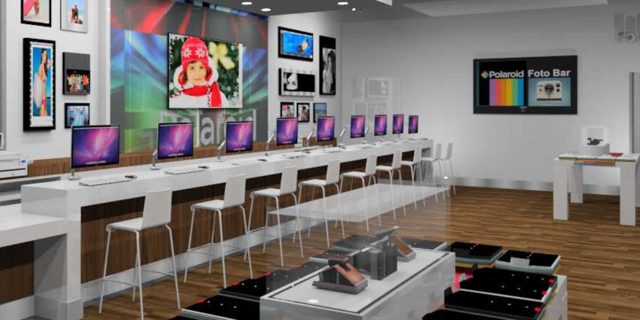 The company is covering its bases by continuing to release new cameras, and along with Samsung announced “the first interchangeable lens Android camera” at CES, in Polaroid’s case, the 18-megapixel $349 iM1836, available Q2.