Amazon Enters the Workplace with Bow of Alexa for Business

Amazon, which currently dominates the virtual assistant market with its Echo speaker, is now launching Alexa for Business. With Alexa for Business, offices could potentially use the voice-enabled assistant to take care of numerous tasks. It’s a leap of faith since it is still unproven how many businesses would want to install an Echo in every conference room, design relevant programs or even want their employees talking to devices. Companies might also have concerns about sensitive internal information being in the cloud.

The Wall Street Journal reports that RBC Capital Markets “predicted that by 2020, Alexa device installations could reach 128 million,” and that “over that same period, the voice-activated Internet could result in more than $10 billion in revenues for Amazon.” 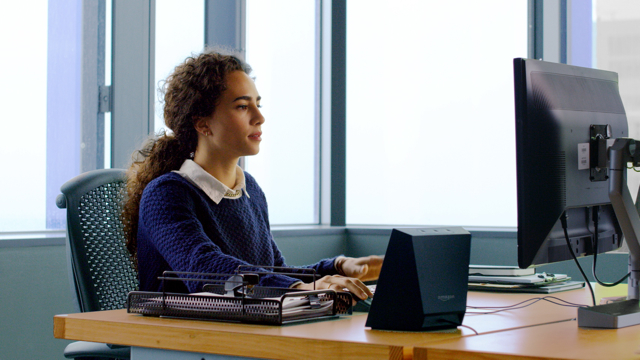 Amazon has brought on hundreds of additional engineers to focus on Alexa. In addition to Amazon, others competing for market share in the workplace are Alphabet’s Google, Apple’s Siri and Microsoft’s Cortana. “Voice as an intelligent user interface is just getting started,” said International Data Corp. analyst David Schubmehl, who added that Amazon’s Alexa for Business “opens up the whole field for enterprise uses in addition to consumer.”

Amazon has steadily added features designed for office use since Echo’s 2014 debut, including “the ability to make calls and check security-camera feeds.” Its hope is that developers will build apps to “manage work calendars, find open meeting rooms and order supplies” as well as “dim lights, lower blinds, and start a project in a conference room by saying, Alexa, start the meeting.”

One developer that has already added a so-called skill is SAP SE’s Concur Labs, its travel and expense management unit. Concur Labs vice president John Dietz reports that a worker can ask Alexa when he needs to leave for the airport, “and get a reply based on travel itinerary, location and publicly available traffic information.”

WeWork also “developed skills to reserve meeting rooms and adjust temperature and lighting.” Telling Alexa to do so “simplifies the process, said WeWork head of product research and development Josh Emig. “For me, I think that the more natural our interfaces become — the more they disappear — the better.”