Amazon and Google Continue Their Plans for Drone Delivery

Google has joined Amazon in the race to deliver goods faster by small unmanned aircraft. The tech giant has had “Project Wing” in development for two years, but the company does not expect to build mini helicopter drones for another few years. Meanwhile, the Federal Aviation Administration is still imposing restrictions on flying drones in the U.S., which could slow such plans. Amazon, however, may start drone delivery in India, which does not currently have drone regulations.

In the last two years, Google’s Project Wing has been focused on crafting the perfect remotely piloted aircraft. Right now, the prototype of its delivery drone is based on a tail sitter design, meaning that the drone is a combination of a plane and a helicopter. The unmanned aircraft takes off vertically, but flies horizontally. 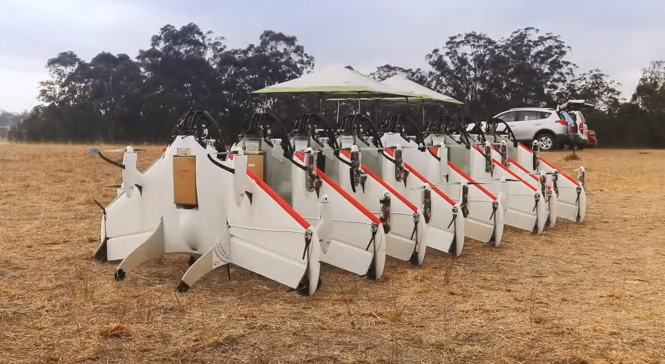 To deliver packages, the drone lowers packages with a tether. The “egg” of electronics at the bottom of the tether detects when the package has reached the ground and signals the aircraft to pull the tether back up.

MIT professor Nicholas Roy has led Project Wing since its inception. This year, Dave Voz, the founder of the drone software company Athena Technologies, will take over the project as it faces its next challenges to shape the restrictive policies that limit drones.

“To a far greater degree than Amazon, Google has a history of working with policymakers and stakeholders on technology reform,” the University of Washington’s Ryan Calo, an expert on drone regulation, told The Atlantic. “Adding Google’s voice could have a significant effect on regulatory policy toward drones.”

Amazon announced plans last December to use drones in delivering products from its massive e-commerce site. To avoid the hurdles of FAA regulations, the company may start its drone delivery service in Mumbai and Bangalore. However, public safety is still the top concern because one accident could destroy the public’s trust in the Prime Air service.

The service is expected to deliver popular products within 90 minutes to three hours. Amazon’s octocopter drones weigh less than 25 kg and travel at speeds of almost 50 miles per hour. “The drone will carry a payload of up to 2.26 kg, which covers 86 percent of products sold on Amazon,” according to The Economic Times.