A statement from the Writers Guild of America West raises the group’s concerns regarding copyright infringement fees and agreements, digital sales and other related issues. The letter particularly references the “notice and takedown” system of copyrighted material shared on the Web, noting that the system’s intentions are good, but may also cause potential harm. The statement was written in response to a recent green paper on copyright policy. 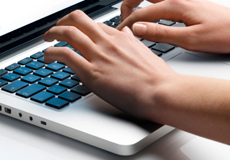 According to The Verge, WGAW “begins its letter by saying writers benefit hugely from the present system, noting that its members received roughly 25 percent of their income through residual payments for copyrighted sales such as DVD sales and online streaming.”

The group acknowledges that copyright is both important and necessary, but expresses concern over whether stronger copyright laws and enforcement are necessary. Its letter says the group has “become unmoored from the actual damage” of copyright infringement and points to the MPAA’s request of $600 million in statutory damages, the article says, “despite admitting that $5 million would be more than enough to bankrupt the defendants.”

The effects of the Digital Millennium Copyright Act’s “notice and takedown” system are questioned in the letter, stressing that “mistaken or abusive notices that target fair use of copyright works” need to be better prevented.

“Incorrect DMCA notices are a regular occurrence, and the guild cites an erroneous notice sentry a Microsoft anti-piracy contractor filed that targeted Wikipedia and even Microsoft’s own webpages,” The Verge reports. The statement also suggests DMCA notices should be easier to file, especially for small business owners and independent creatives.

Most importantly, the letter insists that stiff fines from the MPAA might discourage or hold back reputable sites from promoting creativity. The WGAW says such sites are key in promoting independent material when “television and film are controlled by a handful of media companies who decide what content consumers have access to.”