Despite the failure of several live streaming apps in recent years, Twitter and other investors are betting that consumers are now ready to live stream their experiences. Twitter recently acquired live streaming app Periscope for $100 million and now Twitter users can broadcast live from the social network. Meerkat, Camio, YouNow, Justin.tv, and Livestream offer similar services. With more access to streaming, people may be more inclined to share video of themselves through this model. END_OF_DOCUMENT_TOKEN_TO_BE_REPLACED

If rumors prove true, Facebook’s photo-sharing app Instagram may soon include the ability to take and share short videos, similar to how Vine works. Following the company’s release of a hashtag feature and the rollout of its new iPhone and Android features, Facebook has scheduled a product launch event for Thursday in Menlo Park. “A small team has been working on a big idea,” reads the invitation. “Join us for coffee and learn about a new product.” END_OF_DOCUMENT_TOKEN_TO_BE_REPLACED 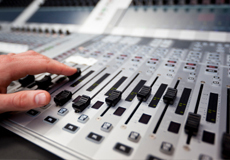