Some consumers enjoy 3D, but don’t care much for the required glasses. The Neo3Do tablet offers users the 3D experience without the spectacles. The $349 Android tablet plays 3D videos and also converts standard video into 3D. However, the 3D effect is spotty, according to this review, and sometimes works well and other times far less so. In a demo featuring a clip from the Blu-ray 3D version of “Predator,” the 3D feature was highly impressive. It also worked well with games such as “Fruit Ninja.” END_OF_DOCUMENT_TOKEN_TO_BE_REPLACED

Has MasterImage 3D Created the Best Glasses-Free 3D Yet? 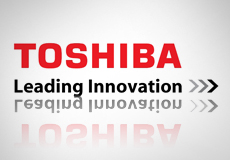 The Nintendo 3DS has launched in Japan with plans to hit the U.S. and European markets next month. The portable device is the first of its kind to offer glasses-free 3D gaming.

Despite the sellout of pre-order stocks, gaming enthusiasts showed up in droves for the Japanese release.  However, it remains to be seen how the 3DS will compete worldwide with the new casual gaming capabilities of tablet PCs, the Apple iPhone, Android-powered smartphones, and the next generation portable from Sony (expected to launch in 10 months).

According to Reuters, Nintendo will initially run with the formula that has traditionally worked with its DS: “a dedicated portable games device with software available on cartridges that cost $30 or more.”