The potential of augmented reality is massive but despite software development kits including Apple’s ARKit, Google’s ARCore, Amazon Sumerian and Microsoft’s Mixed Reality ecosystem, actual implementations have been limited. That’s because the current cloud infrastructure constrains actual consumer-facing AR projects. The popularity of “Pokémon Go” in summer of 2016 was an example of that; at the first Pokémon Go Fest in Chicago, 20,000 players experienced slowdowns and outages due to constrained network bandwidth. END_OF_DOCUMENT_TOKEN_TO_BE_REPLACED 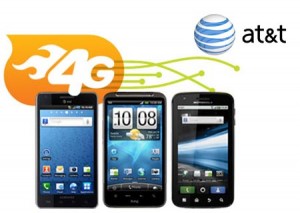 Last week, reporters toured the AT&T Foundry facility in Plano, Texas and conducted a group interview with Jon Summers, SVP of application and service infrastructure. During the tour, GigaOM was treated to a “real-world situation” demo of AT&T’s Long Term Evolution (LTE) network and was impressed with the results.

Additionally, AT&T’s spectrum may increase as early as next year. In March, the company announced its plans to acquire T-Mobile for $39 billion ($25 billion in cash and the rest in stock). The deal is presently undergoing a regulatory-approval process. If approved, by next year AT&T could solidify its position as the largest carrier in the U.S. with about 130 million subscribers.

The merger would also help bolster AT&T’s ongoing growth. According to GigaOM, “In the last four quarters, it has reported $125 billion in revenue, and billions of dollars in capital investments in its network.”