Headphones Use Brainwave Sensor to Gauge Your Mood

The logic behind Neurowear’s new Mico headphones goes as follows: Since it can sometimes be challenging to pick the perfect song for your mood, why not allow your brain to do so automatically? The headphones use a brainwave sensor that detects what the wearer is feeling and then plays music to match that mood. This is a more practical product for Neurowear, which in the past launched a set of mind-controlled cat ears and a tail that wags when a person is excited. 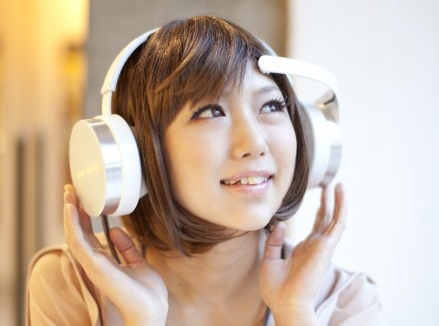 “Neurowear seems to have adapted its brainwave-reading technology to something a bit more practical in a pair of headphones,” notes Gizmag. “The company previously worked on a project called Zen Tunes that analyzed a person’s brainwave data while listening to specific songs, so this could be an offshoot of that.”

The headphones were unveiled to a U.S. audience in March at the SXSW Festival in Austin, Texas.

Aside from the bulkiness, Mico looks like a typical pair of headphones. But it comes with the addition of an EEG (electroencephalograph) sensor protruding from the front. “According to the developers, the sensor allows the headphones to analyze a person’s brain patterns and determine the wearer’s mood,” explains the article.

When connected to a smart device running an accompanying app, the headphones will play a song chosen from Neurowear’s database, matching the user’s mood. “The sides of each ear piece also light up to show when music is playing and will even display symbols to indicate whether the listener is feeling focused, drowsy, or stressed,” adds the article.

There are no details yet in regards to pricing or when the headphones will be released. The post includes a 1-minute video demo.