Sony unveiled its new Android device, the Xperia Tablet Z, at the Mobile World Congress in Barcelona on Monday. The company claims it is the world’s thinnest 10.1-inch tablet at just 6.9 millimeters and that it is waterproof in up to three feet of water for 30 minutes. On the inside, it has a quad-core 1.5GHz Qualcomm Snapdragon S4 Pro processor, 2GB of RAM, and a 1920 x 1200 display running Android 4.1 Jelly Bean. 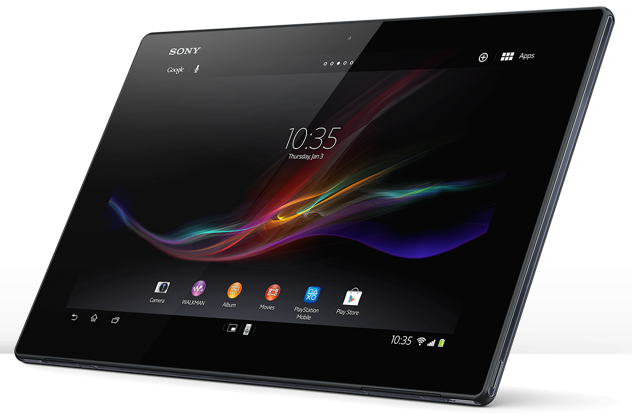 The tablet also has an IR blaster that works with a special version of the Sony app called TV SideView, which integrates with “a user’s cable provider and allows users to browse the program guide as well as currently airing content,” explains the article.

How it works: “If users see a program they want to watch within the app, they can swipe the selection up toward the TV, and the cable box will then tune itself to that channel and program. Because this version of the app relies on the IR blaster — rather than on a Wi-Fi network as it must with other Android tablets —the app can work with many non-networked TVs and set-top boxes.”