Hasbro Reaches Out to Fans for New Transformer Character

Hasbro announced its “Fan Built Bot” poll to help kick-off the Transformers 30th anniversary celebration scheduled for 2014. The global poll to create the next Transformer character is open to all age groups and runs until May 5th. The fan designed Transformer will be featured in new comic books and be a part of the “Thrilling 30” special edition collectible action figures from Hasbro. 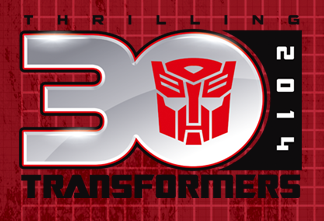 “This is the perfect way to kick off our anniversary celebration and the ‘Thrilling 30’ line of special edition figures,” suggests Duke. “It will be tremendous fun for everyone to keep track of the entire process from the designing of the character; leading up to its introduction as a toy and watching it become a part of the Transformers brand.”

“Will it join Optimus Prime and Bumblebee on the side of the Autobots? Or will the news Transformer be on the side of evil with Megatron and the Decepticons?” asks The Hollywood Reporter. “That’s up to the consumers to decide. Other categories open for voting will be the bot’s vehicle (what it morphs into), color, personality and more. Fans will also get the chance to name the new Transformer.”

The results of the poll will be revealed at the Comi-Con convention in San Diego this July.